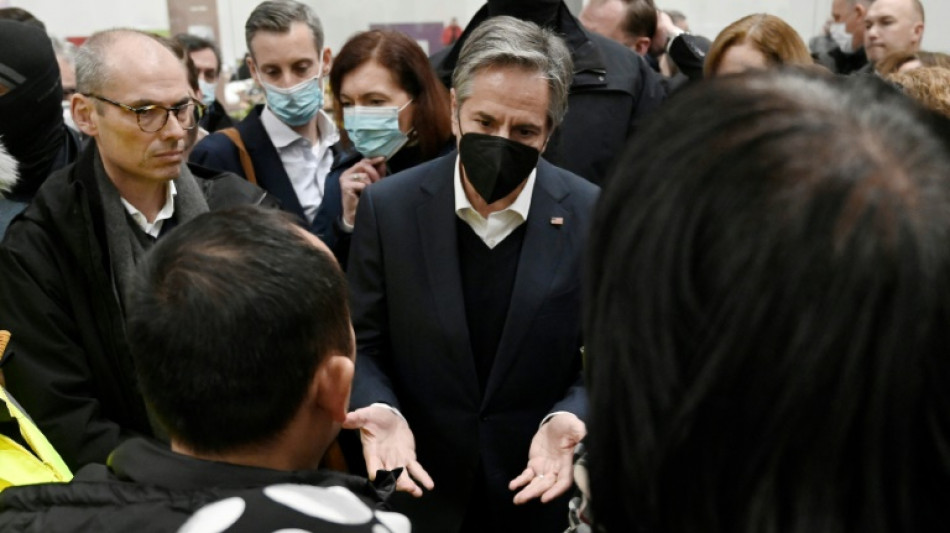 President Joe Biden's administration on Thursday launched a program to encourage ordinary Americans to sponsor refugees as admissions languish despite record displacement around the world.

In what he billed as the biggest innovation in US refugee resettlement in four decades, Secretary of State Antony Blinken said the new Welcome Corps would aim to ask 10,000 Americans in its first year to offer a hand to new refugees.

"By launching the Welcome Corps, we build on a proud tradition of providing refuge and demonstrate the spirit and generosity of the American people as we commit to welcoming refugees in need of our support," said Blinken, long known for his advocacy for refugees.

Volunteers, who will not be compensated, will need to demonstrate they can provide $2,275 per refugee for three months to help with basics such as winter clothing, furniture and security deposits for housing as the new Americans seek work.

The Welcome Corps is modeled after a successful program in neighboring Canada as well as narrower initiatives in the United States for people fleeing Ukraine and Afghanistan, a US official said.

Biden has set a goal of allowing 125,000 refugees a year, reversing drastic cuts by previous president Donald Trump, with the number largely excluding Ukrainians and Afghans who can come to the United States under separate programs.

But despite America's history of immigration, only 6,750 refugees were resettled in the first quarter of the current fiscal year, due to long delays in processing and verification of claims.

Refugee advocates including religious groups welcomed the initiative, with businesses including Airbnb promising to offer support through the Welcome Corps.

Krish O'Mara Vignarajah, president and CEO of Lutheran Immigration and Refugee Service, praised the Biden administration's "forward-thinking approach" but cautioned that "the ability to resettle refugees domestically has not been the fundamental challenge."

"The Biden administration must prioritize the streamlining of refugee admissions, which remain regrettably low this fiscal year," she said in a statement.

"Without urgent action to increase efficiency, it risks letting the compassion of individual sponsors and the expertise of professional refugee resettlement organizations go to waste."

A record of more than 100 million people were displaced worldwide as of last year, according to UN figures, with Russia's invasion of Ukraine creating a new flow of refugees to add to crises including Afghanistan, Venezuela, Myanmar and Burkina Faso.

A surge in refugees over the past decade from war-ravaged Syria led to the resettlement of hundreds of thousands of people in Europe but also a political backlash.