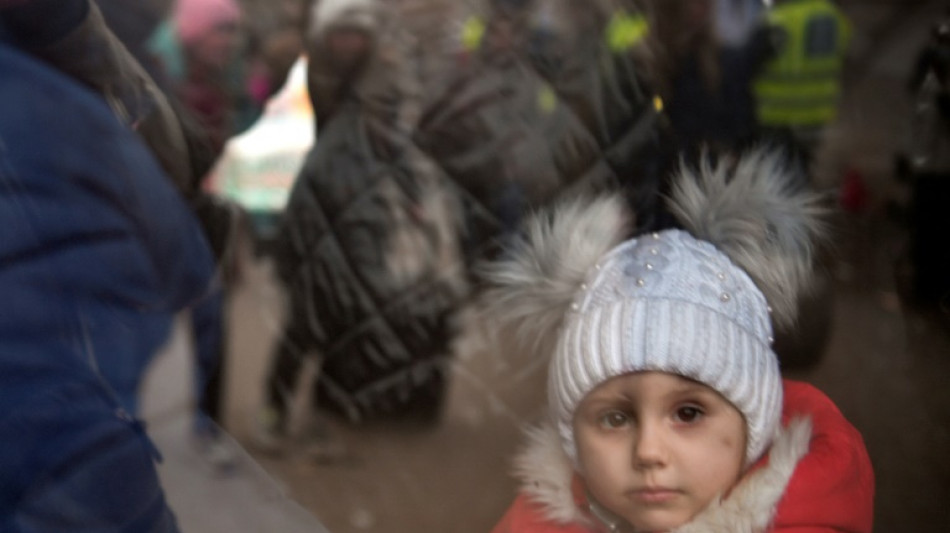 Faced with the influx of a million refugees fleeing Russian troops in Ukraine, Poles like Nicolas Kusiak, a 27-year-old manager, have rallied in an ever expanding humanitarian response.

They have taken in refugees, offered food and transport and above all a little human kindness to the distraught and traumatised women and children who have had to leave their men folk behind to fight.

"It's beginning to get organised," Kusiak told AFP near the Medyka border post -- a frequently clogged crossing point near the Ukrainian city of Lviv.

Kusiak, a Pole born in France who speaks several languages, has been helping as a translator ever since he arrived at the border four days ago.

He also brought tents, generators, heaters and food with him from Warsaw and has tried to coordinate police, doctors, firefighters and the volunteers doling out hot soups -- a daunting challenge.

"Everyone is trying to do everything," he said.

The government has set up reception centres and charities up and down the country have mobilised in a massive aid effort, helped by the estimated 1.5 million Ukrainians already living in Poland.

Polish border guards on Sunday said the number of people crossing since Russian troops advanced into Ukraine on February 24 had reached a million, saying this was "a million human tragedies".

At the main train station in Krakow in southern Poland, a temporary reception centre has been set up and hundreds could be seen arriving.

The reception centre "is really full and we have lots of people here all the time.... We don't have enough places," said volunteer Anna Lech, 45.

But Maja Mazur, another volunteer, said spaces were being offered in the city where refugees could have some food, a hot drink and "stay for a day or two".

Many are continuing their journeys on to western Europe.

"I came from Kharkiv with my family, with my two sons and my parents," said Anna Gimpelson, an architect from the frontline city of Kharkiv.

"Our city is going through really awful times. We have bombs everywhere and our neighbour's house doesn't exist any more," she said.

"For three days we were on the road and now are going to my friend's in Dusseldorf. Maybe we will spend some time there and think what to do next."

The UN has said that a total of more than 1.5 million people have fled Ukraine and it expects the number could go up to four million.

"Our main challenge today is to prepare infrastructure to be ready to take in a wave of refugees whose size we cannot predict," said Michal Dworczyk, a top Polish government official.

The Polish branch of Amnesty International meanwhile appealed on Facebook for Poland not to forget about migrants from the Middle East who are still stranded between Belarus and Poland.

It called the unequal treatment of foreigners based on their nationality a "massive injustice".