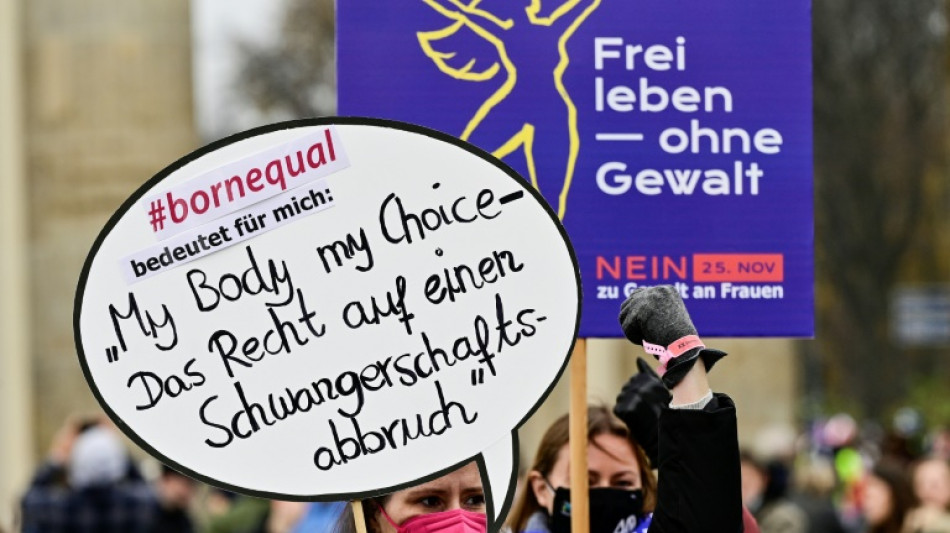 After years of controversy and criticism from gynaecologists, Germany is planning to scrap a Nazi-era law that limits information on abortion, while access to the procedure in the country remains beset by obstacles.

The Social Democrats, Greens and the Free Democrats, ruling together as a government since December, promised in their coalition agreement to scratch from the statute books one of the most controversial sections of the penal code.

Paragraph 219a, adopted in 1933 shortly after Adolf Hitler had taken power, prohibits the "promotion" of abortion, a crime punishable by "up to two years of imprisonment or a fine".

It is on this basis that courts have in recent years handed out penalties to medical professionals offering information on pregnancy terminations on the internet.

In some cases, the sites offered a simple statement that the gynaecologist carries out abortions, with no further details.

But an end came a step closer after the Justice Minister Marco Buschmann put forward draft legislation at the start of the year to remove the paragraph, though it has yet to be voted on in the Bundestag.

Among the doctors prosecuted in recent years is Kristina Haenel, a general practitioner from Giessen in western Germany, who became the face of the campaign to ditch the law after being fined 6,000 euros ($6,558).

Her legal misadventures created a sensation in the media, reminding Germans that abortion remains severely restricted in law.

The many pitfalls for practitioners dissuade doctors from offering the procedure in a country that was at the forefront of the women's rights movement in the 1970s.

In June 2019, two gynaecologists in Berlin, Bettina Gaber and Verena Weyer, were each also handed two-thousand-euro fines for the same offence.

"I'm pleased that taking an informed decision will now be possible" for pregnant women, Haenel said when the plan to remove the law was announced.

Anti-abortion militants, who organise themselves online, are behind most of the complaints made against medical professionals, while one activist was recently convicted for comparing abortion to the Holocaust.

Under pressure from campaigners, many medics have removed all relevant information from their websites and have declined to be included in family planning lists shared with women looking to end their pregnancies.

The outcry that came in response to the prosecutions led Angela Merkel’s government to relax legislation slightly, allowing gynaecologists and hospitals to indicate online that they offered abortions.

Specifying what methods were used was, however, still prohibited, a compromise solution that did not satisfy practitioners.

Opposition from within Merkel's own Christian Democrats had prevented the paragraph from being struck from the penal code completely.

Removing the paragraph would mean no longer being able to tell "whether the advertisement came from a cosmetic clinic or an abortion clinic", said Merkel's party colleague Helge Braun, one of her closest aides and who is himself a doctor.

In Germany, a woman wishing to have an abortion in the first 12 weeks of her pregnancy must have an obligatory consultation at an approved centre.

The aim of this dialogue is to "encourage the woman to continue her pregnancy", even if in the end the choice was up to her. After the consultation patients must wait through a "reflection period" of three days.

Except in exceptional circumstances, such as a risk to the life of the mother or in the event of rape, abortions are not paid for by health insurance, despite sometimes costing hundreds of euros.

Around 100,000 abortions are carried out in Germany every year although the number has gone down in recent years.

The subject is still a taboo in Germany, according to a number of gynaecologists, and can be like an obstacle course for patients, particularly in traditionally Catholic Bavaria.

In some parts of the vast southern state, no hospitals offer the procedure, with many people opting to cross the border to Austria instead.