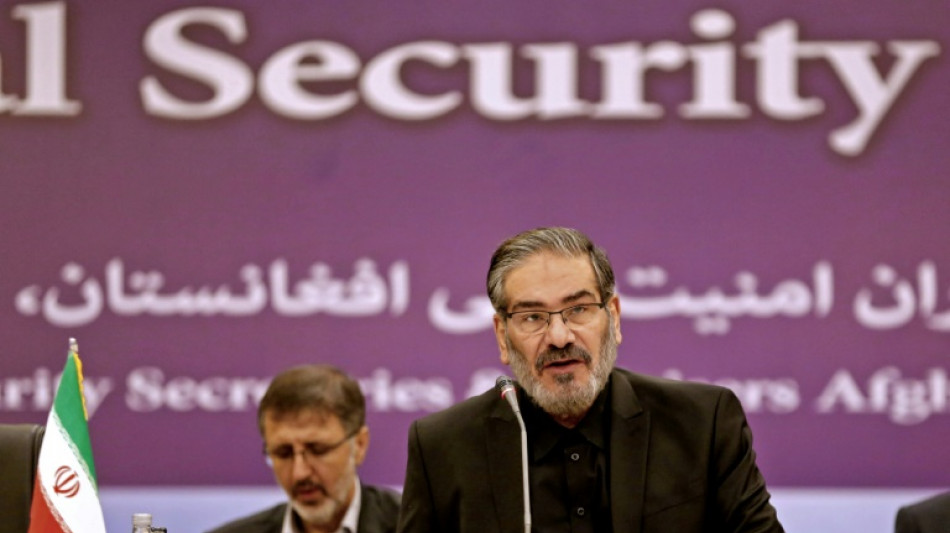 Iran said Monday it is awaiting "details" of Russia's demands for US guarantees on restoring Tehran's 2015 nuclear deal with world powers, but blamed Washington for talks dragging on.

Russia's Foreign Minister Sergei Lavrov said on Saturday that, before backing the Iran nuclear deal, Moscow wants written assurances from Washington that Western sanctions imposed on it over the Ukraine war will not affect its economic and military cooperation with Tehran.

US Secretary of State Antony Blinken on Sunday dismissed these demands as "irrelevant". Sanctions on Russia over its invasion of Ukraine "have nothing to do with the Iran nuclear deal", he said on CBS talk show "Face the Nation."

"We are waiting to hear the details of that through diplomatic channels," he added during his weekly news conference.

The United States and other Western nations have imposed unprecedented sanctions on Russia following its invasion of Ukraine.

Moscow is a direct party -- along with Britain, China, France and Germany -- to talks in Vienna aimed at reviving the 2015 nuclear deal. Washington is participating indirectly.

Iran will not allow any "external factor to affect the national interests of the country" in the talks, Tehran's Foreign Minister Hossein Amir-Abdollahian said on Monday.

He did not elaborate.

The 2015 agreement gave Iran sanctions relief in exchange for curbs on its nuclear programme to guarantee that Tehran could not develop a nuclear weapon -- something it has always denied wanting to do.

But the US unilateral withdrawal from the accord in 2018 under then-president Donald Trump and the reimposition of biting economic sanctions prompted Iran to begin rolling back on its own commitments.

Parties to negotiations to revive the agreement, formally known as the Joint Comprehensive Plan of Action (JCPOA), have signalled progress in the talks during the past several weeks.

Tehran has said that most of the draft agreement was approved, but outstanding issues depend on the West's decisions.

"The remaining differences are less than the number of fingers on one hand if no one adds a new issue," Khatibzadeh said, adding that "all of those (differences) await the response of the United States."

Iran's top security official Ali Shamkhani on Monday also blamed the US for the lack of an agreement so far.

The "prospect of a deal in Vienna talks remains unclear due to Washington's delay in making political decisions", Shamkhani tweeted.

Tehran has been seeking a lifting of sanctions as well as guarantees that Washington would never again withdraw from the agreement.

As with the original agreement, Moscow is expected to play a key role in the implementation of any fresh deal with Tehran, for example by receiving shipments of enriched uranium from Iran.

"Russia's approach so far has been a constructive one in order to reach a collective agreement in Vienna," Khatibzadeh stressed.

The Vienna talks, which started 11 months ago, aim to return the US to the nuclear agreement, including through the lifting of sanctions on Iran, and to ensure Tehran's full compliance with its commitments.

With the nuclear talks continuing in Vienna, Iranian and American officials have signalled that the two sides are indirectly discussing a possible exchange of prisoners.

Those negotiations have made "some progress", the Iranian foreign ministry spokesman said.

"If this time, the US side honours its commitments and doesn't retreat on the night of the implementation, I think we can close one of the important files in the humanitarian field," he added.

The US envoy for Iran, Robert Malley, had said it is unlikely that Washington would strike an agreement unless Tehran releases four US citizens.

The two sides have made prisoner swaps in the past and are currently known to hold four nationals of each other.