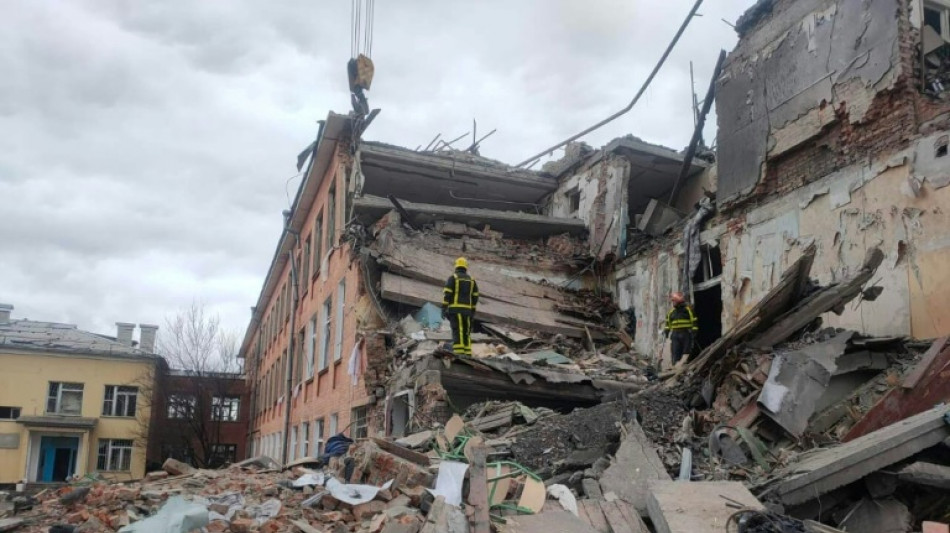 Russia is recruiting Syrians and other foreign fighters as it ramps up its assault on Ukraine, the Pentagon said Monday.

Moscow entered the Syrian civil war in 2015 on the side of President Bashar al-Assad's regime, and the country has been mired in a conflict marked by urban combat for more than a decade.

Now, US Department of Defense officials said, Russia's President Vladimir Putin was "on a recruiting mission" seeking to bring some of those fighters into the fray in Ukraine.

According to the Wall Street Journal, US officials said that Russia, which launched an invasion into its Eastern European neighbor on February 24, has in recent days recruited fighters from Syria, hoping they can help take the capital Kyiv and other cities.

One official told the daily that some fighters are already in Russia readying to join the fight in Ukraine, though it was not immediately clear how many combatants have been recruited.

Details were slight: officials would not speculate on how many mercenaries have joined the fight, or on the quality of the fighters, but the Pentagon said there was no reason to doubt the accuracy of the reports.

But with enormous firepower and more than 150,000 deployed troops at Putin's disposal, the Pentagon said it was noteworthy that he would find it necessary to recruit mercenaries.

"It's interesting that Mr. Putin would have to find himself relying on foreign fighters here," Kirby said, though he acknowledged the Pentagon does not have "perfect visibility" on exactly who was joining the cause.

Earlier Monday, a senior defense official told reporters more directly: "We know that they're trying to recruit Syrians for the fight."

Foreign combatants have already entered the Ukrainian conflict on both sides.

Chechnya strongman leader Ramzan Kadyrov, a former rebel-turned-Kremlin-ally, has shared videos of Chechen fighters joining the attack on Ukraine and said some had been killed in the fighting.

Ukrainian Foreign Minister Dmytro Kuleba has claimed around 20,000 foreign volunteers have traveled to the country to join Kyiv's forces.

Calling for restraint on all sides in the conflict during a UN Security Council session on Monday, China's ambassador said an already dire situation could only be made worse by shipments of arms to Ukraine, as well as the deployment of "mercenaries," without directly mentioning Russia, a Beijing ally.

UN spokesman Stephane Dujarric said in his daily briefing he "had no way of confirming or not confirming" reports of Russia recruiting mercenaries.

But he said the "conflict doesn't need more people coming to the outside," adding that the UN's "focus is on the humanitarian end."

The capital and the second-largest city Kharkiv are still held by Ukraine's government, while Russia has seized the port city of Kherson and stepped up its shelling of urban centers across the country.