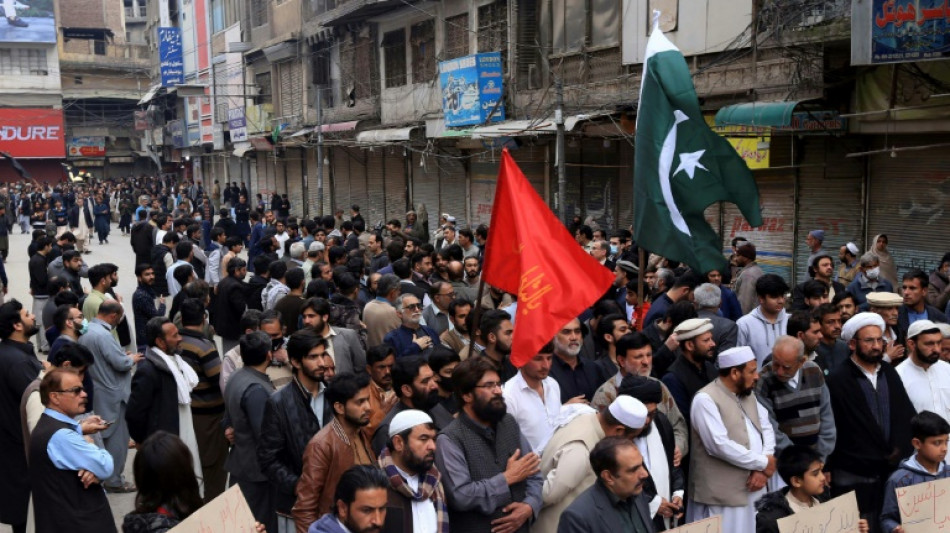 IS suicide bomber of Pakistan mosque was Afghan: police

An Islamic State (IS) suicide bomber who killed 64 people at a Shiite mosque in northwest Pakistan last week was an Afghan exile who returned home to train for the attack, police said Wednesday.

There have been warnings Afghanistan could become a recruiting ground and staging post for militants since the Taliban returned to power last year following the hasty withdrawal of US-led forces.

The Taliban have pledged they will not allow Afghan soil to be used to plot attacks on other nations, but last month the UN Security Council said "terrorist groups enjoy greater freedom there than at any time in recent history".

It was claimed by IS, whose Islamic State-Khorasan affiliate has been active for years in both Pakistan and Afghanistan.

The officials said the attacker was an Afghan national in his 30s who moved to Pakistan with his family decades ago.

"The bomber went to Afghanistan, trained there and returned without informing his family," one of the senior police officials told AFP.

"Islamic State-Khorasan is becoming a strong threat for us, they are operating from Afghanistan but they have sleeping cells here," he added.

Taliban officials did not immediately respond to requests for comment.

Police said they had killed three "facilitators" of the attack in an overnight operation, and arrested 20 others suspected of involvement.

IS also claimed responsibility for what it said was a suicide blast on Tuesday that killed seven paramilitary troops near a site in southwestern Pakistan where the president had visited less than half an hour earlier.

Since the Taliban's return to power, Islamabad has acted as a key broker between the hardliners and the international community.

Pakistan was one of just three nations to officially recognise their first regime from 1996 to 2001.

Its own version of the Taliban, the Tehreek-e-Taliban Pakistan, have also staged attacks from hideouts in Afghanistan, testing their current diplomatic relationship.