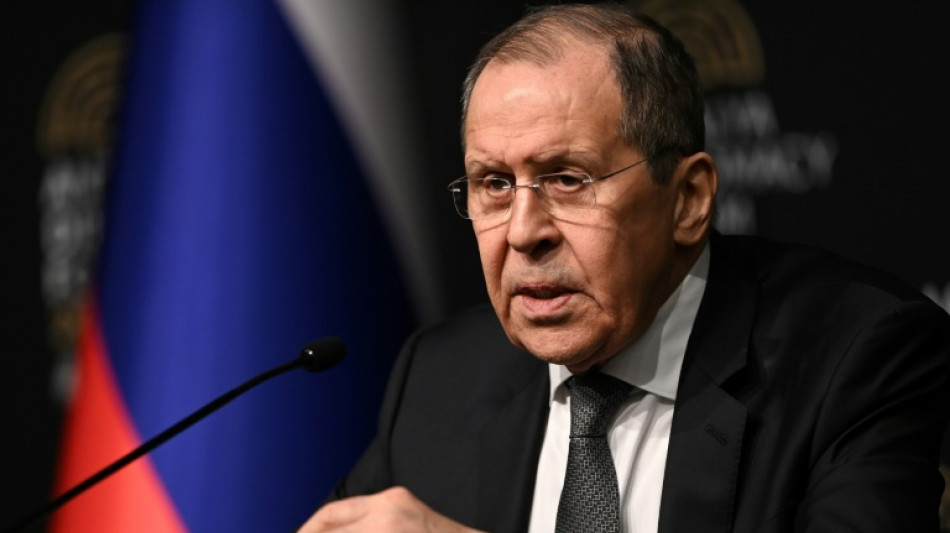 No breakthrough in Russia-Ukraine talks amid fury over hospital strike / Foto: © AFP

No breakthrough in Russia-Ukraine talks amid fury over hospital strike

Russia and Ukraine failed to make a breakthrough Thursday in their first top-level talks since Moscow's invasion two weeks ago, amid international outrage over the bombing of a children's hospital that Kyiv said killed three people, including a young girl.

Ukraine's Foreign Minister Dmytro Kuleba said there was "no progress" even on a 24-hour ceasefire, after talks with Russian counterpart Sergei Lavrov in Turkey, although the latter said Moscow would keep talking.

Russian forces on Thursday rolled their armoured vehicles up to the northeastern edge of Kyiv, an AFP team saw, edging closer in their attempts to encircle the Ukrainian capital.

Mayor Vitali Klitschko said half the population had fled, adding: "Kyiv has been transformed into a fortress. Every street, every building, every checkpoint has been fortified."

The UN estimates more than 2.3 million refugees have left Ukraine since Russia's invasion on February 24, which prompted unprecedented Western sanctions against Moscow along with a cultural and sporting boycott.

At least 35,000 civilians were evacuated from the cities of Sumy, Enerhodar and areas around Kyiv on Wednesday, President Volodymyr Zelensky said, with three more routes set to open up Thursday, including out of the southern port city of Mariupol.

The children's and maternity hospital in Mariupol was attacked on Wednesday in what Zelensky described as a Russian "war crime", and which sparked global outrage.

Local officials said Thursday that at least three people were killed in the attack, including a young girl.

Overall, at least 71 children have been killed in Ukraine since the start of the war, and more than 100 have been wounded, said Lyudmyla Denisova, the Ukraine parliament's point person on human rights.

Ten days of constant attacks on Mariupol have already left more than 1,200 civilians dead, according to the mayor, and created what aid agencies call an "apocalyptic" situation, with no water, power or heat.

Zelensky shared footage on Wednesday of massive destruction at the hospital, saying the "direct strike by Russian troops" had left children under the wreckage.

Officials had previously said 17 people were injured, including doctors.

Video shared from the site by rescue workers showed a scene of complete devastation, with the wounded being evacuated, some on stretchers, past charred and burning carcasses of cars and a massive crater by the building.

The White House slammed the "barbaric" use of force against civilians, while EU foreign policy chief Joseph Borrell echoed Zelensky in calling it a "heinous war crime".

"Strikes of residential areas from the air and blocks of access of aid convoys by the Russian forces must immediately stop," Borrell said.

Russia's foreign ministry did not deny the attack but accused Ukrainian "nationalist battalions" of using the hospital to set up firing positions after moving out staff and patients.

Lavrov reiterated the claim on Thursday, saying it was a military base for members of the radical Azov Battalion.

Asked by a Turkish reporter if Russia was planning to attack other nations, Lavrov replied "we don't plan to attack other countries" and claimed "we did not attack Ukraine".

He insisted that Russian President Vladimir Putin launched the operation as the situation in Ukraine "posed a direct threat to the Russian Federation".

On the northeastern edge of Kyiv, Ukrainian soldiers described a night of heavy battles for control of the main highway leading into the capital.

Ukrainian forces only had a minimal presence in the village, which locals said witnessed heavy fighting overnight.

"It's frightening, but what can you do, there is nowhere to really run or hide. We live here," said Vasyl Popov, a 38-year-old advertising salesman.

In the surrounding villages, there were few cars on the road and they drove with utmost caution in what was now frontline territory.

On their rear windscreens, they fix handwritten signs saying simply: "Children", in the hope this will protect them from Russian bombardment.

The conflict has raised fears of a nuclear accident in a country with major nuclear plants and the site of the Chernobyl disaster.

The UN's atomic watchdog, the International Atomic Energy Agency, said Wednesday it saw "no critical impact on safety" at Chernobyl, location of the world's worst nuclear disaster in 1986, after a loss of power there.

But it warned it was not receiving updates from either Chernobyl or Zaporizhzhia, Europe's largest nuclear plant, which is also now under Russian control.

The United States meanwhile rejected Russian claims that it was involved in bioweapons research in Ukraine, and warned Russia could be preparing to use chemical or biological weapons in the war.

But it has ruled out enforcing a no-fly zone and rejected a Polish plan to transfer fighter jets via a US air base for fear of being drawn into the conflict directly.

Washington has however beefed up defences in Poland, where it said Wednesday it was sending two new surface-to-air missile batteries.

And Britain said it was preparing to send more portable missile systems to help Ukraine, in addition to more than 3,000 anti-tank weapons sent so far, while Canada pledged an additional $50 million of military equipment.

In Turkey on Thursday, Lavrov said the supply by EU and other countries of deadly weapons to Ukraine was "creating a colossal danger for themselves".

The US House of Representatives green-lit a spending package including nearly $14 billion for Ukraine and allies in eastern Europe, which must be rubber-stamped by the Senate.

Western nations and allies are also trying to squeeze Moscow with unprecedented sanctions, hitting the Russian economy but also its oligarchs and those close to Putin.

Britain urged the entire G7 to follow suit, but some nations are wary, with Germany and Italy both dependent on Russian energy.