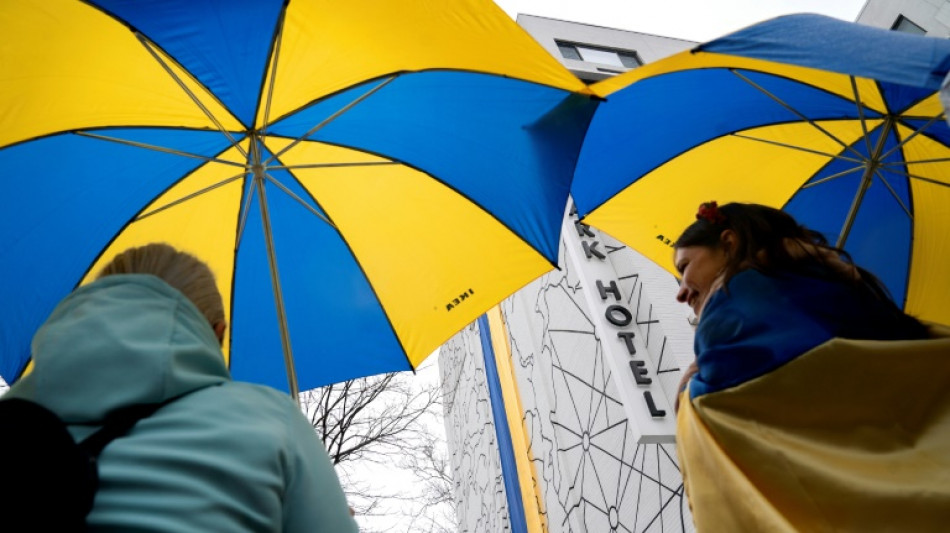 European and US stocks sank Thursday as key peace talks stalled between Russia and Ukraine, compounded by a worsening inflation and growth outlook.

Ukraine's Foreign Minister Dmytro Kuleba and his Russian counterpart Sergei Lavrov met in Turkey in the first top-level talks since Moscow's invasion two weeks ago, but failed to make any progress on a resolution on a conflict that has sent more than 2.3 people fleeing the country.

"The latest talks between Russia and Ukraine failed to provide breakthrough in ending the war," said ThinkMarkets analyst Fawad Razaqzada.

"Markets have reacted in the way you would expect."

European stocks were down sharply after having surging the previous day on sliding oil prices and a glimmer of hope for an end to the conflict that has seen Western nations slap a range of sanctions on Russia that will result in its economic isolation.

US stocks also opened lower, with the Dow shedding 1.1 percent.

Meanwhile, oil prices rebounded after having fallen by more than 12 percent on Wednesday on hopes oil producing nations will step up production.

European benchmark Brent North Sea oil rose 4.4 percent and New York's WTI gained 3.5 percent, but were still way below the peak of $139 reached earlier this week as investors were spooked about moves by Western nations to ban Russian oil.

Markets have been rocked by extreme volatility in the two weeks since Russia invaded its neighbour, sparking a wave of sanctions against Moscow.

Trading of shares in Russia's steelmaking giant Evraz, whose key shareholders include Roman Abramovich, was suspended in London after the UK slapped an asset freeze on the Russian oligarch over his alleged Kremlin links.

It includes a halt to Abramovich's plan to sell football giant Chelsea.

The latest economic data provided little comfort to investors, however.

US consumer prices rose at a fresh 40-year high 7.9 percent annually in February,

"Rising oil prices have been complicating the inflation situation and the Fed's approach for getting inflation under control at a time when the Russia-Ukraine situation has been driving concerns about a slowdown in global growth," he added.

The European Central Bank on Thursday jacked its inflation forecast for this year to 5.1 percent, while cutting the outlook for growth to 3.7 percent.

It also gave itself more flexibility as to when it will start raising interest rates.

"This move appears to open the central banks options with respect to potentially raising rates by the end of this year," said Michael Hewson, chief market analyst at CMC Markets UK.

"EU inflation is already at a record high of 5.8 percent and given the events of the last few weeks, its likely to go even higher in the coming months. Against that backdrop, doing nothing is a luxury the ECB does not have," he warned.

The euro slid against both the dollar and pound.