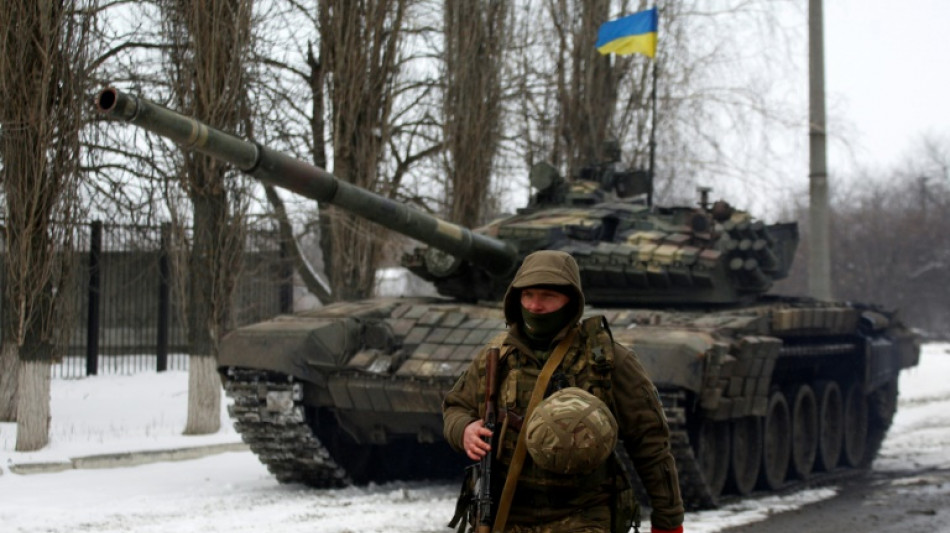 The world economy's fragile recovery from the Covid-induced crisis is now threatened by Russia's war in Ukraine and soaring commodity prices.

Here are four questions regarding the risks to global GDP:

"The war happened right at a time when Europe and the US had a recovery that was going really well. Projections in Europe were among the highest ... (in) the last 20 years," said Jacob Kirkegaard, resident senior fellow with the German Marshall Fund of the United States in their Brussels office.

In just two weeks, the war has had a "material impact" on the economy, European Central Bank chief Christine Lagarde said Thursday, revising the growth outlook for the eurozone to 3.7 percent for 2022, from 4.2 percent forecast in December.

The war and sanctions, which include a US ban on Russian oil imports, are raising prices of energy and other key commodities like wheat, fertilisers and metals to surge, International Monetary Fund chief Kristalina Georgieva said.

That comes "on top of already high inflation," Georgieva said.

"We got through a crisis like no other with the pandemic. We are now in an even more shocking territory."

Credit rating agency S&P has cut its projection for global growth this year to 3.4 percent -- a decline of 0.7 percentage points over its earlier forecast due to the expected slump in Russia's sanctions-hit economy and rising energy costs.

"I don't think that global economy will go into a recession," said Kirkegaard.

But he warned of the threat from stagflation -- persistently high inflation combined with high unemployment and stagnant demand.

- Why are prices soaring? -

Inflation has been rising worldwide for a year -- due to Covid-linked disruptions in supply chains, leading to a spurt in the prices of raw materials which have raised production costs.

"We are facing an oil shock, a gas shock and an electricity shock. This has never happened together," said Thomas Pellerin-Carlin, director the Jacques Delors energy institute.

Apart from oil and gas, other key commodities have been affected, with prices of aluminium, nickel and wheat skyrocketing.

Russian President Vladimir Putin on Thursday warned of inflationary pressures worldwide as a result of the Western sanctions on his country.

Several key industries have already been hit, with several steel plants in Spain shutting down due to high energy prices.

Millions of households are finding it more expensive to travel, heat their homes and bring food to the table.

"The price of bread went up enormously" since the war began, said Omar Azzam, a Cairo resident, referring to a 50 percent hike in a country which is the world's top wheat importer.

French President Emmanuel Macron warned Friday that Russia's attack on Ukraine will "deeply destabilise" food supplies in Europe and Africa as some of the world's most fertile agricultural land goes unplanted.

If production strategies in other countries aren't adjusted "several African countries will be affected by famines within 12 to 18 months precisely because of the war," he warned.

Nations launched huge stimulus programmes to prevent their economies from crumbling after the pandemic emerged in 2020.

But government are loath to dig much deeper into public finances.

Aid will likely be more targeted. The G7 group of industrialised nations, for instance has called for massive support to households slammed by energy costs.

Emerging nations, however, will be more fragile and vulnerable to inflation and even political instability, experts warn.

While many countries are easing Covid restrictions, China has been doing the opposite.

The world's second biggest economy on Friday locked down Changchun, a city of nine million people, to control a fresh wave of coronavirus.

If such measures continue, they will hit the world hard, warned Kirkegaard.

"The Chinese economy will slow dramatically, China will shut down whatever they need to shut down," he said.

"It is as big and unknown as the war in Ukraine because unlike Europe and the US that are able to live with Covid, it is certainly not the case in China," he said.