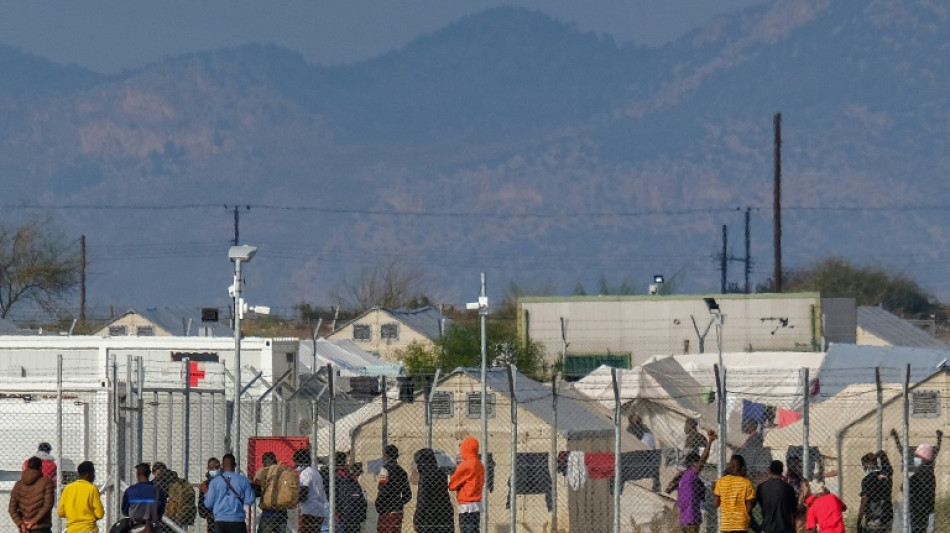 Hundreds of unaccompanied foreign minors in the migrant hub of Cyprus, one of the smallest EU member states, have tales of misery to tell in their struggle to start a new life.

Chronic overcrowding, woeful bathroom facilities and reports of meagre food rations in the Pournara camp for migrants on the edge of the capital Nicosia resulted in a scathing report last week by Cypriot children's rights commissioner Despo Michaelidou.

President Nicos Anastasiades visited the camp on Monday to witness for himself what he termed "the tragic situation", and vowed to work to improve the children's situation.

Nicosia said 4.6 percent of the country's population are asylum seekers or beneficiaries of protection, the highest ratio in any European Union member, at least before the Russian invasion of Ukraine launched on February 24 that has sent over three million of its population into flight.

New asylum applications multiplied to over 13,000 last year in Greek Cypriot-administered southern Cyprus, with its population of 850,000.

Nicosia accuses Turkey, whose troops have since 1974 occupied the island's northern third, of instigating much of the influx, claims it rejects.

Rights groups have criticised Cyprus for squalid conditions at Pournara, the main reception centre for migrants, and for alleged brutal treatment of some arrivals. The centre was rocked by clashes last month.

Many of the camp's unaccompanied minors, currently numbering 275, fled Democratic Republic of Congo (DRC) and Somalia as teenagers in search of a better life or to escape forced enrolment in the restive countries' militias.

The camp, originally built to accommodate 1,000 migrants, is now home to 2,535 people, according interior ministry figures.

"There are about 15 people in each room, often sharing beds, and with children winding up having to sleep on the ground," Michaelidou said in February.

She said the children have to share just two toilets and a single shower between them.

But Interior Minister Nicos Nouris has dismissed reports of meagre bread-and-water rations in the camp as baseless.

Cypriot officials said 90 of the unaccompanied minors were transferred last week to a hotel in the coastal resort city of Larnaca, and another 150 are to follow. That will leave around 120 in Pournara.

Social services head Hara Tapanidou says they have been overwhelmed by the numbers, while aid agencies say unaccompanied minors are often left without any legal recourse to defend their rights.

Anne from the DRC, who asked for her real name not to be used, marked her 16th birthday in Pournara at the start of March. She said she last saw her mother in 2013.

"Mum left Congo for France to find a better life for my sister, my brother and me," she said.

"I flew out of Kinshasha to join her" but ended up in Cyprus, and has been stuck in Pournara for three months.