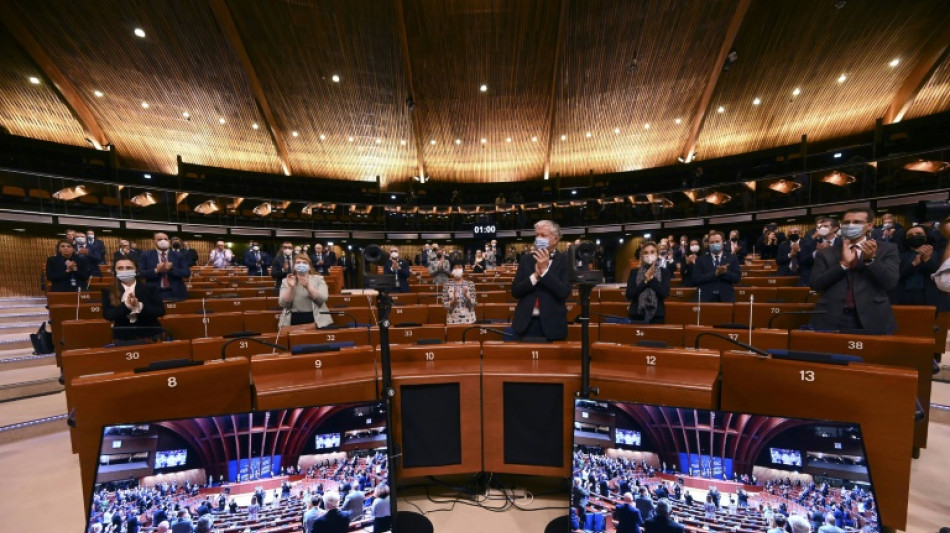 Russia said Tuesday it would pull out of the Council of Europe after pressure mounted for Moscow to be expelled from the pan-European rights body over its invasion of Ukraine.

Essentially jumping before it was pushed from the Strasbourg-based body, the Russian foreign ministry said it had given notification of its departure to the Secretary General Marija Pejcinovic Buric.

The decision draws the curtain on Russia's quarter century membership of the Council of Europe (COE) and also opens the way for Moscow to reimpose the death penalty if the authorities decide.

It is only the second time in the history of the Council of Europe that a member state has announced it has quit the body after Greece walked out temporarily in the late 1960s.

Russia was suspended from all its rights of representation a day after tens of thousands of troops entered Ukraine on February 24.

The body's parliamentary assembly was Tuesday also expected to pass a resolution urging the committee of ministers -- the COE's main decision making body -- to start a procedure to expel Russia.

Buric "received formal notification from the Russian Federation of its withdrawal from the Council of Europe", the body's spokesman Daniel Holtgen confirmed.

Ukraine's Prime Minister Denys Shmyhal had on Monday demanded that Russia be immediately expelled, saying it had no right to remain a member after sending troops to the pro-Western country.

The Russian foreign ministry posted a statement on "launching the procedure to exit the Council of Europe" on its Telegram account, adding it had "no regret" about leaving.

Russia joined the Council of Europe in 1996.

The ministry said its exit would "not affect the rights and freedoms of Russian citizens" and that "the implementation of already adopted resolutions of the European Court of Human Rights will continue, if they do not contradict Russia's Constitution".

It claimed that EU and NATO member states within the Council of Europe had turned the organisation into an "instrument for anti-Russian policies".

Russia's exit will mark a major change for the ECHR which acts as a court of final instance when all domestic avenues are exhausted.

Cases brought by Russian citizens have piled up at the ECHR accounting for 24 percent of the current cases, such as those concerning dissident prisoner Alexei Navalny.

No member state has ever been expelled from the Council of Europe, which was created in 1949 and has 47 member states including Russia.

Moscow's move has one precedent -- when it was under military rule Greece walked out of the body in 1969 to avoid being expelled. Athens then rejoined in 1974 after the fall of the junta.

Medvedev had described Russia's suspension as "a good opportunity to restore a number of important measures to prevent especially serious crimes -- such as the death penalty... which is actively used in the US and China".

Russia has observed a moratorium on the death penalty since 1996 though it has never formally abolished the practice.

Belarus, the only European country to still use the death penalty and Moscow's ally, is not a member of the organisation.

A Russian exit will also deprive the COE of nearly seven percent of its annual budget, around 500 million euros ($545 million).

But Buric told AFP this month she had received "reassuring" signals from several member states, including France and Germany, ready to guarantee the financial sustainability of the organisation.