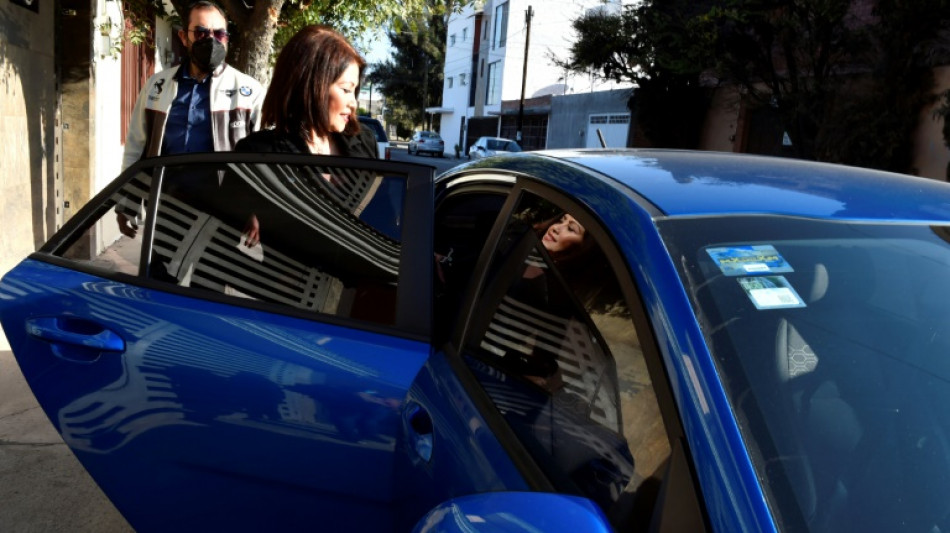 'My life's at risk': Mexican journalists fear death every day

Each time Maria Martinez leaves home, she fears it will be the last. Only her bodyguards prevent her from joining the eight journalists murdered already this year in Mexico, she believes.

"I know that my life's at risk every day and it's terrible to live with the threat," the 55-year-old reporter said in her house in the central city of Aguascalientes, protected by locks and security cameras.

Two and a half months into 2022, the number of homicides of media workers in Mexico has already surpassed the toll for the whole of last year.

The latest victim was Armando Linares, the director of a news outlet in the violence-plagued western state of Michoacan who was murdered on Tuesday, prosecutors said.

Linares's death came just weeks after one of his colleagues at the Monitor Michoacan, Roberto Toledo, was killed.

After Toledo's death, Linares denounced threats against him and his team for having exposed corruption.

"We are not armed, we do not bring weapons. Our only defense is a pen, a pencil," Linares said.

Even so, he had not been given a security escort at the time of the attack.

Martinez, who runs the news website Pendulo Informativo, said she, too, has received death threats due to her investigations into corruption and links between officials and drug traffickers.

Several police officers were jailed after her reporting, and Martinez was placed in a government program providing protection to hundreds of journalists.

Martinez asks authorities to contact her every two hours through an electronic tracking device that also serves as a panic button.

But she places more trust in her armed guards.

"I owe them my life. Without them I wouldn't be alive anymore," she said.

The two retired special forces members in civilian clothes watch for any approaching vehicle or person, and when Martinez walks outside, they follow close behind.

"My family has asked me to quit journalism, but I'm a woman with convictions, values... I have a social responsibility," she said.

In Tijuana, the murders of two journalists this year in the northwestern border city have left colleagues such as Jesus Aguilar even more fearful of doing their job.

On January 17, photographer Margarito Martinez, with whom Aguilar worked regularly, was murdered.

Days later, Lourdes Maldonado was shot dead despite being in an official protection program.

Covering score-settling by drug traffickers and alleged links with politicians and security forces leaves reporters at the mercy of hired assassins.

"When a car comes slowly behind me, I feel like it's going to stop and they're going to shoot me. Or when I'm parked and I see a vehicle closer to me, I move the seat back and lie down to protect myself," said Aguilar, 32.

In the central city of Toluca, investigative reporter Maria Teresa Montano also has had guards since she was kidnapped for several hours in 2021 after revealing a network of corruption.

"It's been very difficult. You have to be very careful," said Montano, 53.

Mexico is one of the most dangerous countries in the world for members of the press.

Around 150 journalists have been murdered in Mexico since 2000, and only a fraction of the crimes have resulted in convictions, according to media watchdog Reporters Without Borders (RSF).

"The nightmare continues for the press in Mexico," RSF said after the latest murder, demanding an "exemplary investigation" by authorities.

The United States and the European Parliament have both urged Mexico to ensure adequate protection for journalists, angering President Andres Manuel Lopez Obrador, who accused EU lawmakers of supporting his opponents' "coup" attempt.

Journalists in Mexico often lack safety equipment and, due to the low pay, collaborate with various media outlets.

Most crime reporters "depend on the number of stories or photos they sell to pay their rent, so they prioritize production over safety," said Jan-Albert Hootsen, representative of the Committee to Protect Journalists.

In the southern city of Chilpancingo, photographer Lenin Ocampo often runs into cartel members while working.

"They stop us. They check us. The threat's always lurking," the 40-year-old said.