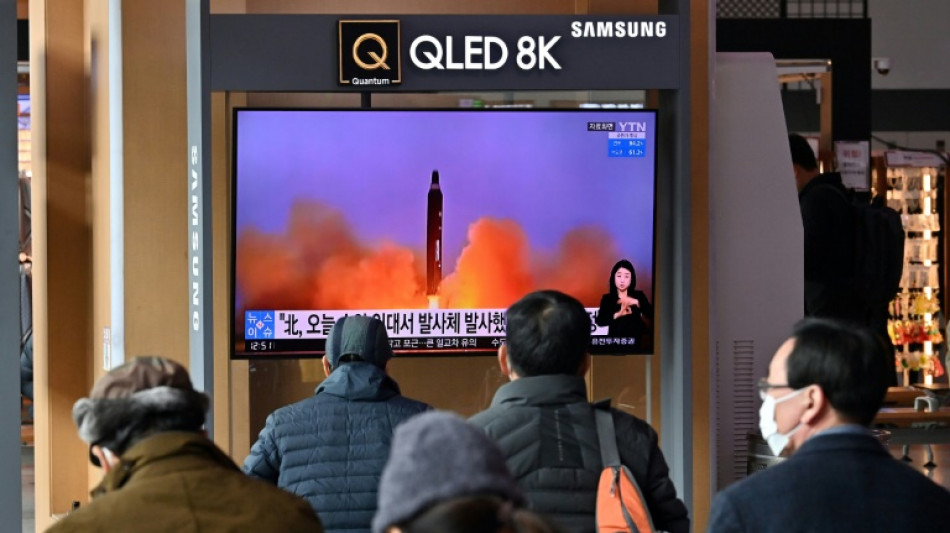 North Korea's state media was silent Thursday after a suspected missile test ended in what Seoul said was total failure, exploding mid-air in the skies above the capital Pyongyang almost immediately after launch.

The North test-fired what was most likely a ballistic missile from the Sunan area of the capital, home to some three million people, early Wednesday, South Korea's military said.

The projectile exploded moments after launch, with Seoul-based specialist NK News reporting that debris fell in or near Pyongyang as a red-tinged ball of smoke zigzagged across the sky.

But state media on Thursday made no mention of the test, the tenth launch this year in the face of biting sanctions.

"North Korea is constantly promoting this myth that its leadership is doing a great job. They don't want to highlight any failures," Cheong Seong-chang, a senior researcher at the private Sejong Institute told AFP.

The US and South Korea have said North Korea is preparing to fire an intercontinental ballistic missile (ICBM) at full range for the first time since 2017, possibly disguised as a space launch.

"The country wants to keep its festive atmosphere until April 15, the 110th anniversary of its founder Kim Il Sung's birthday, and those in leadership don't want ordinary citizens to be affected by such news," Cheong added.

"If it was London, Istanbul or Seoul imagine our newsfeeds -- filled with video, images and eyewitness accounts," Sokeel Park of Liberty in NK said on Twitter.

"But it was Pyongyang, so there isn't a SINGLE public image or video. A complete visual blackout for a huge explosion in the sky above an Asian capital in 2022."

Analysts have suggested Wednesday's failed test was of Pyongyang's so-called "monster missile" -- the Hwasong 17, a new intercontinental ballistic missile (ICBM) system that had never been launched before.

Pyongyang has tested a string of banned weaponry in 2022, including seven missile tests and two launches of what it claimed were "reconnaissance satellites".

South Korea and the US last week both said the "satellite" tests were actually of a new ICBM system.

North Korea is already under biting international sanctions over its missile and nuclear weapons programme, but the US said the tests were a "serious escalation" and would be punished.