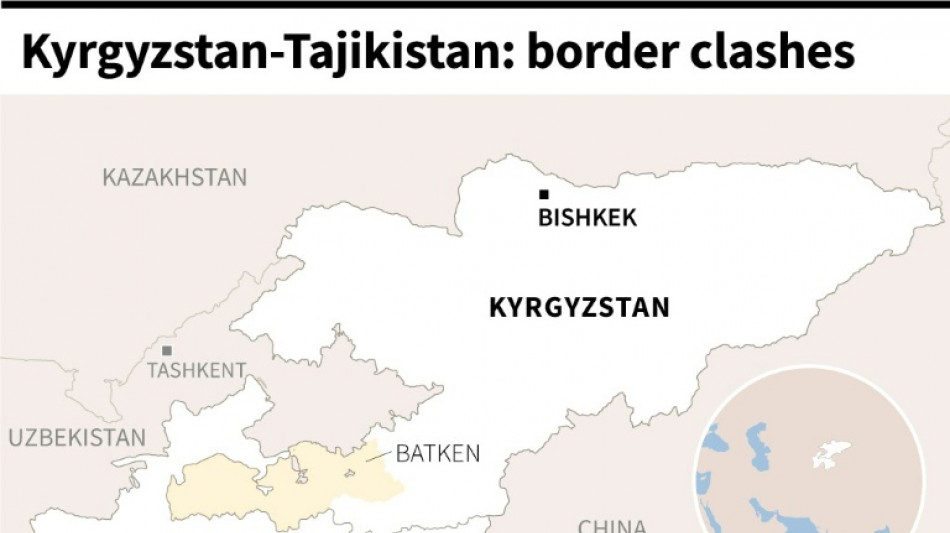 At least 94 people were killed in clashes between Tajikistan and Kyrgyzstan this week, in the worst violence the countries have seen in years, while the international community called for calm.

The situation on the contested border between the two Central Asian neighbours was, however, calm on Sunday afternoon, according to Kyrgyz authorities.

Clashes regularly erupt between the two former Soviet republics, as around half of their 970-kilometre (600-mile) border is still to be demarcated.

Tajikistan said on Sunday that 35 of its citizens were killed, the first official death toll since armed clashes broke out on Wednesday.

On its Facebook page, the Tajik foreign ministry also reported 25 injured and said civilians, women, and children were among the victims.

The ministry accused Kyrgyz soldiers of killing 12 people in a drone strike on a mosque, six others in an attack against a school and another seven when an ambulance came under fire.

AFP was not able independently to verify the claims.

Meanwhile, Kyrgyzstan said Sunday 59 people had died in the southern border region of Batken, and 144 had been injured.

Tens of thousands of people were evacuated from Kyrgyz border regions over the past days, according to NGOs.

The country declared September 19 a national day of mourning.

This toll by far surpasses figures from April 2021, when clashes left 50 dead and raised fears of a large-scale conflict.

The two sides agreed a ceasefire Friday and Tajikistan's President Emomali Rahmon met his Kyrgyz counterpart Sadyr Japarov at a summit in Uzbekistan.

But the two countries traded blame for ceasefire violations only a few hours later.

Russian President Vladimir Putin on Sunday called for "no further escalation" between Kyrgyzstan and Tajikistan in phone calls with the leaders of the Central Asian nations.

Putin also urged them to "take steps to resolve the situation as soon as possible by exclusively peaceful, political and diplomatic means", according to a statement from the Kremlin.

Kyrgyzstan and Tajikistan are part of the Russia-led Collective Security Treaty Organisation (CSTO) but they regularly clash.

Still, the situation appears to be stabilising.

On Sunday afternoon, the Kyrgyz authorities issued a statement saying the situation at the border "remains calm, trending towards stabilisation".

"There were no recorded escalation attempts or shots fired on the border. The parties are maintaining their ceasefire agreement and withdrawing their respective troops," the statement added.

On Saturday, United Nations Secretary General Antonio Guterres had called on the leadership of both sides "to engage in dialogue for a lasting ceasefire", said a spokesman.