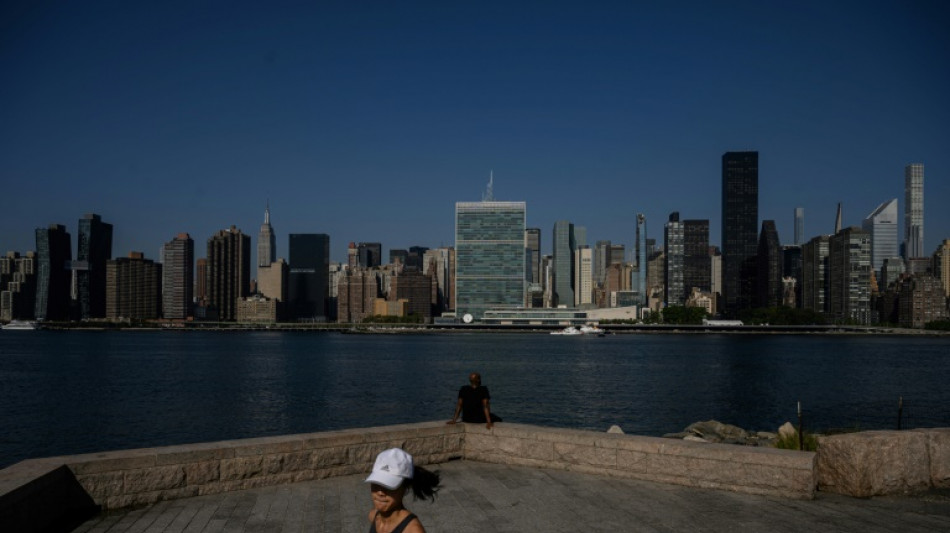 The United Nations' massive annual summit returns in person Tuesday to a world divided by multiple crises starting with Ukraine.

After two years of pandemic restrictions and video addresses, the UN General Assembly is again asking leaders to come in person if they wish to speak -- with a sole exception made for Ukrainian President Volodymyr Zelensky.

But the death of Queen Elizabeth II disrupted the summit anew. President Joe Biden of the United States, by tradition the second speaker on the first day, will instead speak on Wednesday.

The first day will feature French President Emmanuel Macron and German Chancellor Olaf Scholz, the leaders of the two largest economies of the European Union, which has mobilized to impose tough sanctions over Russia's invasion of Ukraine.

"This year, Ukraine will be very high on the agenda. It will be unavoidable," top EU diplomat Josep Borrell told reporters in New York.

"There are many other problems, we know. But the war in Ukraine has been sending shock waves around the world."

But UN Secretary-General Antonio Guterres has been urging leaders not to forget other priorities such as education, the topic of a special summit on Monday.

He warned that the Covid-19 pandemic has had a devastating impact on learning, with poor students lacking technology at a particular disadvantage, and conflicts further disrupting schools.

In a report earlier this month, the UN Development Programme said Covid has set back humanity's progress by five years.

Other leaders to speak Tuesday include Turkish President Recep Tayyip Erdogan, who has staked out ground as a broker between Russia and Ukraine, including through a deal to ship out badly needed grain to the world.

Erdogan is also expected to meet in New York with Israeli Prime Minister Yair Lapid, a dramatic rebound in relations after the Turkish leader's strident criticism of the Jewish state's treatment of Palestinians.

In the type of last-minute diplomacy common at previous UN sessions, US Secretary of State Antony Blinken convened a first meeting of the foreign ministers of Azerbaijan and Armenia since a flare-up in fighting.

"Strong, sustainable diplomatic engagement is the best path for everyone," Blinken told them.

Russian Foreign Minister Sergei Lavrov was visiting despite a hostile reaction from the United States.

He met Monday with his French counterpart, Catherine Colonna, who urged Russia to allow a security zone outside the Zaporizhzhia nuclear plant, whose occupation by Moscow has raised mounting concerns.

Also high on the agenda for the UN week will be Iran, whose hardline president, Ebrahim Raisi, is traveling to the General Assembly for the first time and will meet Tuesday with French President Emmanuel Macron.

In a US television interview ahead of his arrival, Raisi said that Iran wanted "guarantees" before returning to a nuclear deal that former president Donald Trump trashed in 2018.

"We cannot trust the Americans because of the behavior that we have already seen from them. That is why if there is no guarantee, there is no trust," he told CBS News' "60 Minutes" program.

Biden supports a return to the 2015 agreement, under which Iran drastically scaled back nuclear work in return for promises of sanctions relief.

But the Biden administration says it is impossible in the US system to promise what a future president would do.

"There is no better offer for Iran," Colonna said ahead of the meeting with Macron.

"It's up to them to make a decision," she said.

Raisi can expect to be dogged by protests during his visit including by exile groups that have called for his arrest over mass executions of opponents a decade after the 1979 Islamic revolution.