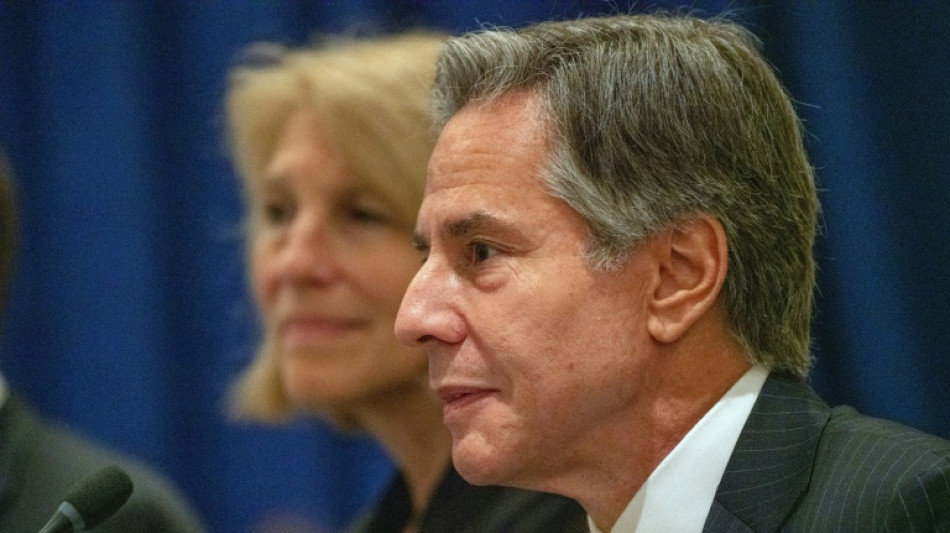 US Secretary of State Antony Blinken on Tuesday will look to form a new community of Atlantic nations with another $100 million in initiatives to support the environment and maritime security, officials said.

In New York for the UN General Assembly, Blinken will meet jointly with counterparts from Angola, Brazil, Ghana, Portugal and Senegal as part of a new grouping of around 10 countries, a senior State Department official said.

"The United States hopes to work with Atlantic countries to develop a new framework for regular Atlantic cooperation, through which our countries can establish and carry out a shared approach to advancing our shared goals in the region," the official said on condition of anonymity.

The initiative comes as President Joe Biden's administration puts a growing focus on environmental cooperation around the world, including on the health of the oceans.

The administration has already put a high priority on the Pacific, seen as an area of potential conflict amid the rapid rise of China.

The official said that the new Atlantic grouping will look to develop a "sustainable ocean economy" and support the health of the ocean, including by addressing climate change and marine ecosystems.

It will also look at ways to improve maritime governance, including by improving cooperation on search and rescue operations and fighting piracy.

Subject to congressional approval, the Biden administration will devote another $100 million next year to the effort, in addition to around $400 million already spent each year on maritime initiatives in the Atlantic, the official said.

The initiative involves Brazil weeks ahead of elections in the Atlantic power, where President Jair Bolsonaro -- an ally of business who has long been skeptical on climate -- is trailing in polls as he seeks another term.