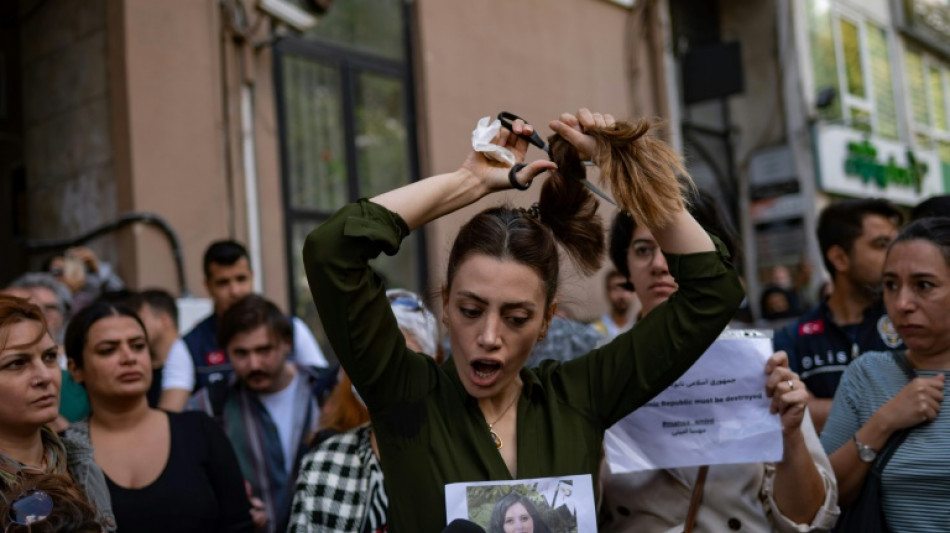 A woman cut her hair on Wednesday as dozens of others cheered at a protest held outside Tehran's Istanbul consulate in solidarity with Mahsa Amini, whose death in Iranian custody sparked mass unrest.

Turkish and Iranian women outside the consulate brandished portraits of 22-year-old Amini, who died last week after being arrested by Iran's morality police for allegedly wearing a headscarf in an "improper" way.

"We are all Mahsa Amini," read one banner.

"Iranian women's fight for freedom is our own fight. Long live our international solidarity!" another said.

Nasibe Samsaei, the Iranian woman who cut her hair outside the consulate, was following the example of other women who have joined protests across Iran, in which at least eight have died, according to official figures and human rights groups.

"The women who resist in Iran will never walk alone," one of the Twitter posts said.

A large police force was deployed outside the consulate, but the protest ended peacefully, according to an AFP photographer.