Berliner TageBlatt - 'Our hero is back': mud shack in Brazil tells drama of Lula's life 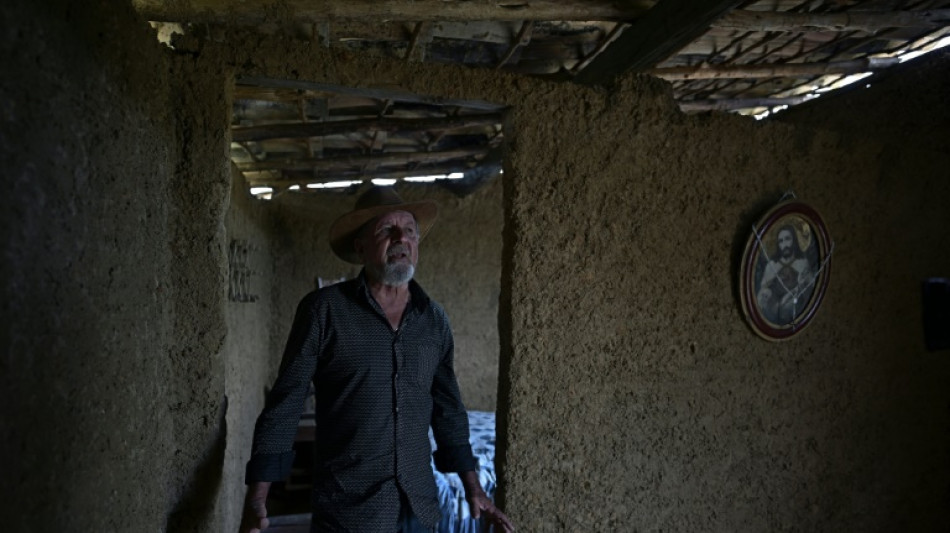 'Our hero is back': mud shack in Brazil tells drama of Lula's life / Foto: © AFP

'Our hero is back': mud shack in Brazil tells drama of Lula's life

Squeezing through the tight spaces of three cramped rooms, Eraldo dos Santos gives a tour of a mud shack just like the one where his cousin, Luiz Inacio Lula da Silva, began his improbable journey to become president of Brazil.

Furnished with a straw bed, a wood stove and a picture of Jesus, the squat brown farmhouse off a dirt road in Brazil's impoverished northeast is a replica of the long-collapsed shack where the former -- and perhaps future -- president was born.

With Brazil barreling toward a divisive presidential election on October 2, Dos Santos, Lula's first cousin once removed -- and self-described "brother in spirit" -- says he wanted to rebuild the shack as a reminder of the left-wing icon's origins.

Love or hate Lula -- and there are plenty of Brazilians in both camps -- there is no denying the man has an incredible story.

He rose from destitute poverty to become the most popular president in Brazilian history (2003-2010), fell spectacularly from grace when he was jailed on controversial, since-quashed corruption charges (2018-2019), and may now be on the cusp of a remarkable presidential comeback, leading far-right incumbent Jair Bolsonaro in the polls.

It all started 76 years ago in a house made of mud and sticks outside the town of Caetes, in Pernambuco state, where Lula, the seventh of eight children, was born to a family of illiterate farmers.

"We didn't even have hospitals in those days," says Dos Santos, 68, who, like Lula, left this harsh, semi-arid region as a boy to work in Sao Paulo, where they both became metal-workers and union organizers.

"This was the only kind of house poor farmers could build -- just a roof over their heads."

This is actually the second replica of Lula's birthplace.

The first was built near the beginning of his presidency by Lula's late brother and the local mayor, but collapsed like the original.

In what might be called fitting political symbolism by those who celebrated when Lula was jailed, it is now a grass-covered pile of earth and sticks out back.

Dos Santos, a proud, cowboy hat-wearing northeasterner who moved back to the region 25 years ago, built the new version with an iron-and-concrete core, layering the traditional mud on top.

"I had to adapt the past," he says, flashing a gray-bearded smile that bears a family resemblance to Lula's.

He finished "Dona Lindu's House" -- named for Lula's mother -- about three months ago, with help from another cousin and Lula allies.

Lula, who left the northeast at age seven, visited in July, grinning and posing for pictures in the front window.

"I think an important mental movie played in his mind right then," says Dos Santos, who calls his cousin "a great guy."

It is easy to find Lula fans in these parts, one of the regions that benefited most from the economic boom and ambitious social programs that are his signature legacies.

Across the road from the "little house," neighbor Paulo Gomes Bizerra, 50, has composed a song dedicated to Lula.

"Lula our hero is back," he sings, belting out the chorus.

In the nearby town of Garanhuns, street vendor Tiago Azevedo, 42, remembers Lula's presidency as a watershed for the poor and working-class.

"He brought electricity to people in rural areas who didn't have it, gave poor people the chance to go to university. People who would never have dreamed of owning a motorcycle or car were able to buy them," he says.

But even here, Lula's legacy is not untarnished.

In an area called the "Lulao," or "Big Lula" -- a neighborhood of low-income housing built by Lula's government -- a light-hearted but boisterous shouting match erupts at the local daycare between neighbors Maria and Renata da Silva.

"Lula was an awesome president, he helped a lot of people," says Renata, a 30-year-old mother of three.

"With Bolsonaro, all we've gotten is rising prices. Everything is super expensive."

Maria, a 38-year-old single mother of two, erupts in a dramatic cackle.

"All Lula's party did was steal!" she fires back.

"I'm not going to lie. I'm voting for Bolsonaro."