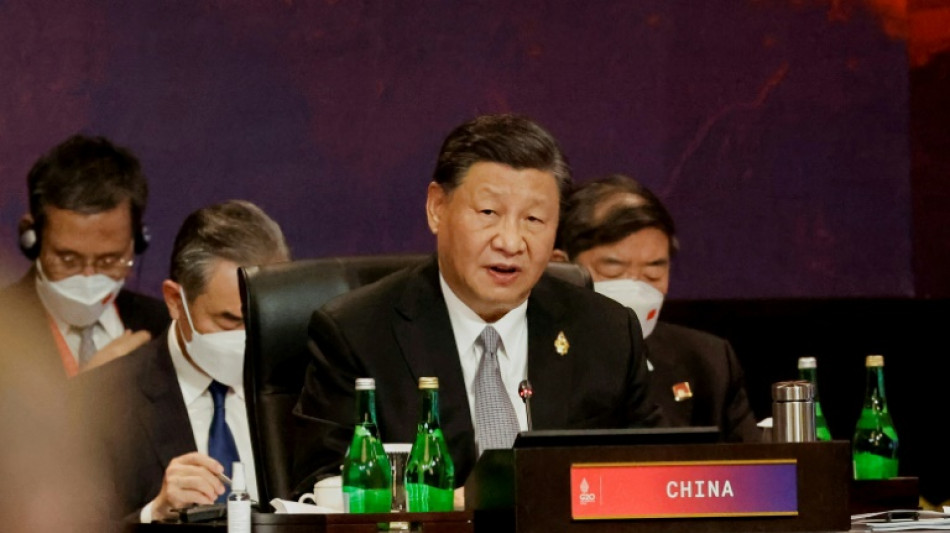 Chinese President Xi Jinping scolded Canadian Prime Minister Justin Trudeau in an on-camera dressing down at the G20 summit, an unusual public spat that could further complicate the strained relations between the two countries.

Footage recorded by reporters at the Bali conclave for world leaders on Wednesday showed Xi upbraiding Trudeau after details of a discussion between the two leaders were leaked to the media.

Trudeau had on Tuesday raised with Xi the issue of what he called Chinese "interference" with Canadian citizens after Ottawa in recent weeks accused Beijing of meddling with its democratic and judicial systems.

In the one-minute video clip recorded on the sidelines of the Indonesian summit, Xi tells Trudeau through an interpreter: "Everything we discussed has been leaked to the papers. That is not appropriate."

Speaking evenly and wearing a slight smile, Xi says: "And that's not the way (our discussion) was conducted, was it?

"If there is sincerity, we can have conversations based on an attitude of mutual respect. Otherwise, the results will be unpredictable," he adds, looking directly at Trudeau.

Xi then appears to try to walk past Trudeau, but the Canadian leader replies: "In Canada, we believe in free, open and frank dialogue, and that is what we will continue to have.

"We will continue to look to work constructively together, but there will be things we disagree on," he tells Xi.

He then broadens his smile, barely looking at Trudeau as he shakes his hand and leaves his counterpart to make his way out of the room.

It is not clear when, if ever, Xi becomes aware that the conversation is being filmed.

The tone was akin to "a great power speaking to a less-great power", said Van Jackson, senior lecturer in international relations at Victoria University of Wellington, New Zealand.

"Xi's language and body posture was not at all unusual for government officials who are on less than friendly terms -- in private," Jackson told AFP.

Tensions between China and the United States put Canada in an "especially awkward position", he said, adding that Ottawa's "embeddedness in the network of Anglo-Saxon, intelligence-sharing democracies all but ensures it will draw China's ire more and more as time passes".

Xi's Tuesday meeting with Trudeau was the first face-to-face dialogue between the two leaders since 2019.

Relations between the two countries plunged into the deep freeze when Canadian authorities arrested Huawei executive Meng Wanzhou in 2018 for allegedly flouting US sanctions on Iran.

Meng and the two Canadians were released last year after lengthy negotiations.