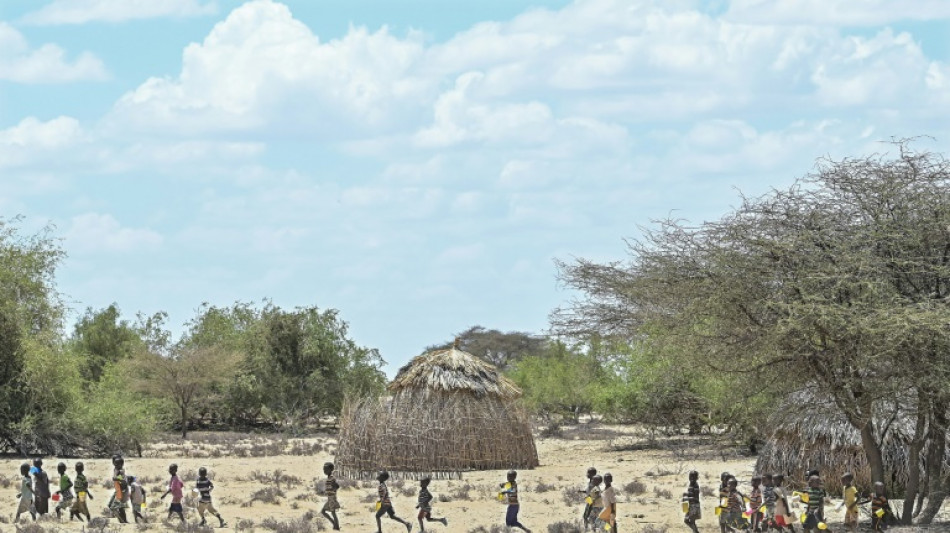 The world is in danger of blasting past its goal of limiting warming to 1.5 degrees Celsius, said climate champion Laurence Tubiana, slamming a "flagrant" lack of global leadership.

France's former climate ambassador was one of the key architects behind the Paris Agreement, which says global warming should be slashed to well below two degrees Celsius from pre-industrial levels, and preferably the safer ambition of 1.5C.

But even with new commitments, the world is on track to heat up by about 2.5C by the end of the century -- enough, scientists say, to trigger dangerous climate tipping points.

If temperatures "overshoot" 1.5C, it could take the world into dangerous territory.

Tubiana, head of the European Climate Foundation (ECF), said humanity would then have to try to pull warming back down by using technologies to remove carbon from the atmosphere, that are not yet operational at scale.

AFP spoke to Tubiana on the sidelines of COP27 climate talks in Sharm el-Sheikh, Egypt. Her answers have been edited for clarity.

"Yes, it's dead in the sense that we will most likely exceed this temperature level unfortunately, what we call overshoot.

But if we say '2C is acceptable', first of all, scientifically it is not true. We see (the effects) today, with a temperature increase of only 1.1C or 1.2C.

You can deny the problem, postpone it, and that is very dangerous.

We know that every tenth of a degree counts, so I am in favour of keeping this target, even if we are not likely to reach it.

If we exceed it, we will have to find a way to come back to it, or below it, one way or another, by increasing carbon capture efforts.

"It's true that with the Covid crisis and crises in all their forms -- food, energy -- it's understandable that attention has been diverted.

It's true that there have been a lot of headwinds.

But we still have to keep up the pressure and show the real impact that climate change is already having.

This is no longer a distant or future problem, it is unfortunately here. We have to keep pushing. We need pressure."

- Is the European Union doing enough? -

The EU said this week it would raise its net emissions reduction target to 57 percent by 2030 from 55 percent, but advocacy group said that wasn't enough. AFP asked Tubiana what she thought.

"The (criticism) is a bit excessive, because the European Union is particularly affected by the war (in Ukraine).

Even with Covid, there was no (backtracking), by saying to ourselves "we will forget about the climate".

For the moment, because there has been a lot of mobilisation by citizens, an understanding of urgent action, we have not derailed.

But climate diplomacy during this time, it was put on hold. There's a lot of talk about missiles, who delivers weapons to whom, or cereals, but not about the climate.

There is a fairly flagrant lack of international leadership."