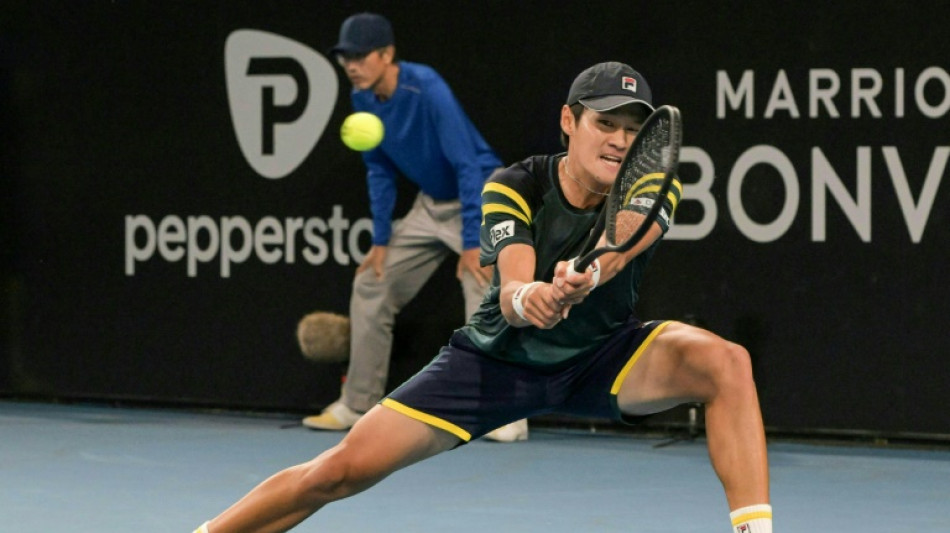 Korean lucky loser Kwon Soon-woo won the biggest title of his career when he outlasted Roberto Bautista Agut in a thrilling final at the Adelaide International Saturday.

Kwon had lost in the second round of qualifying for the tournament but was given a place in the main draw as a lucky loser.

Kwon broke the Spaniard's first service game then used his powerful shot-making, his forehand in particular, to close out the first set.

Bautista Agut struck back immediately, breaking Kwon at the start of the second set and lifting his own service percentages to level the match at one set apiece.

When the 35-year-old Bautista Agut skipped out to a 3-0 lead in the third it seemed all over, but Kwon dug deep and broke back, taking the set to a tiebreak.

The two traded blows in the tiebreak until at 4-3 to Bautista Agut, the Spaniard faltered and Kwon claimed the next four points to close out the match.

The win was Kwon's second title on the ATP tour, following his success at the Astana Open in Kazakhstan in 2021, and it means the 25-year-old is the first South Korean to win multiple ATP Tour titles.

It also ensures he will climb 32 places in the world rankings to a career-high 52.