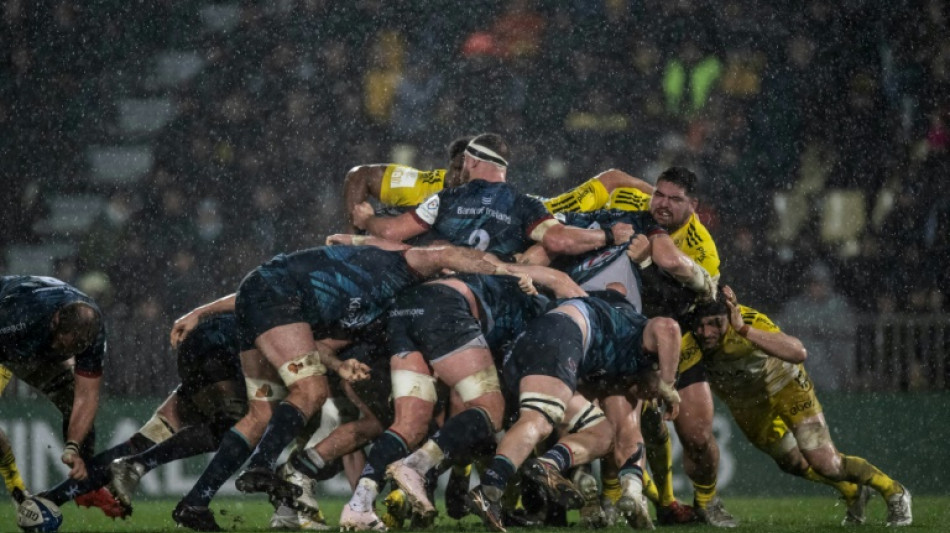 La Rochelle forwards coach Donnacha Ryan said his side's 7-3 victory over Ulster on Saturday was "not pretty" as the holders booked their place in the Champions Cup last 16.

Argentina prop Joel Sclavi bundled over in the 81st minute in torrential rain on the Atlantic coast after Nathan Doak kicked the visitors' only points just after the hour mark.

"It was not pretty, one for the purists," Irishman Ryan told BT Sport.

"The last three minutes, there was fantastic character from the boys, a massive sense of belief and we're glad we won in the end," he added.

The Irish side host Sale next weekend, with both outfits needing a win to advance from the pool stages.

The teams were level 0-0 at the interval as La Rochelle fly-half Antoine Hastoy and away scrum-half Doak missed shots at goal and winger Rob Lyttle had a 36th minute effort denied by the television match official.

Doak then opened the scoring, despite the heavy downpour, with 25 minutes left as the 1999 champions dominated on the way to a possible surprise win against La Rochelle, who last lost at home in the competition in November 2019.

France No. 8 Gregory Alldritt suffered the same fate as Lyttle with 11 minutes left as the French side, coached by Ryan's fellow former Ireland international in Ronan O'Gara, went looking for the winning try, turning down chances at a draw with a penalty.

Their efforts were rewarded on 81 minutes as Sclavi opened his account for the season from a pick and go from short range to claim a spot in April's knockouts with a game to go.

Earlier, Australian-born lock Emmanuel Meafou said he hoped to be named in France's Six Nations squad after scoring to help five-time winners Toulouse beat Sale 27-5 to claim their place in the last 16.

France's Six Nations squad is named on Tuesday but the 2.03m, 140kg second-row is unable to play for his adopted country before receiving citizenship, which he will reportedly obtain in time for the third round fixture against Scotland on February 26.

"Our boys fought hard, it's good to get the win here," Meafou told BT Sport.

"Every week I try and go and play my best game and if the international call up comes then hopefully I'll be ready for it, I'm just focusing on playing well for Toulouse now," he added.

Four-time winners Leinster also reached the knock-out stages as they hammered Gloucester 49-14 as did Durban's Sharks as they became the first South African side to reach the Champions Cup next round as they eased past Bordeaux-Begles 32-3.

Toulouse, Leinster, Sharks and La Rochelle followed Leicester Tigers into the next stage after the two-time former winners beat Clermont 44-29 on Friday.

Later, Saracens will be without England captain Owen Farrell for the first of four games after he received a ban for a high tackle as they welcome Lyon.