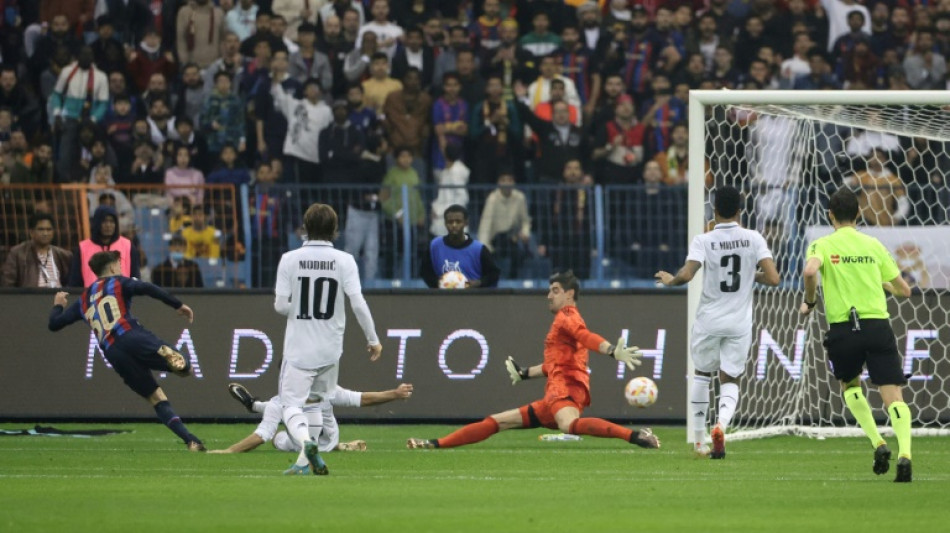 Inspired by teenager Gavi, who scored himself and set up goals for Robert Lewandowski and Pedri Gonzalez, the Catalans produced one of their best performances in years against their bitter Clasico rivals.

Having enjoyed great success as a player at Barca, Xavi returned in November 2021 and after a summer of heavy spending this emphatic victory is a sign his project is moving in the right direction.

Karim Benzema netted a late consolation for Madrid, who have been far from their best since the World Cup break and also fell three points behind Barcelona in La Liga last weekend.

Madrid coach Carlo Ancelotti suffered his first defeat in a final since 2014, with Los Blancos surrendering the trophy they earned last season to Barcelona, who have now won the Super Cup a record 14 times.

"We knew it was a chance we had to take, we have lived through an era of changes at the club and in the dressing room, and this will reinforce us to keep fighting for more titles," Barca captain Sergio Busquets told Movistar.

Gavi turned provider for the second, running on to De Jong's pass and sliding the ball across for Lewandowski to finish clinically.

"(Gavi) is a kid that excites us all, when you see him compete like that, putting his soul out there, he's a character that is contagious for the team, he has an innate capacity for leadership," Xavi told a press conference.

"It comes from inside him, it's spectacular. At 18, I have said it many times, but don't let it stop, he has no ceiling this boy."

Gavi, who won the Golden Boy award in 2022, was the game's outstanding performer and showed Barcelona are in good hands both now and for years to come.

Madrid's own young star Vinicius Junior was shackled by Ronald Araujo, the Uruguayan playing at right-back to directly subdue the Brazilian's threat.

"Today I think we were lacking, we went out there giving 90 percent, 80 percent, and in a final against a rival like this, you can't do that," Madrid midfielder Fede Valverde told Movistar.

By contrast, Barcelona's Marc-Andre ter Stegen went untested until the 70th minute, by when his side had netted their third.

Lewandowski released Gavi, who crossed for Pedri to tap home at the back post as Barcelona romped to a compelling victory.

The only blot on Barcelona's copybook was a late Benzema strike, finishing after his first effort was blocked.

"To say it was humiliation is disrespectful," Ancelotti told a news conference.

"We lost a game against Barcelona like we beat them in the league. They played better and they deserved it, full stop."

The biggest blow for Madrid may prove to be the morale boost the victory is for their rivals.

Although Xavi will ultimately be judged on his performance in major competitions -- and Barcelona have already been eliminated from this season's Champions League -- he was thrilled by the victory.

"It brings a lot of calm, confidence, because what we planned worked brilliantly, we beat Madrid, dominating the whole game," said Xavi.

"I'll take how we played from this, it is very important to me. The trophy, yes, but how (we won it).

"We have three trophies to play for this season and this gives us confidence." 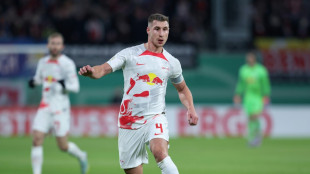