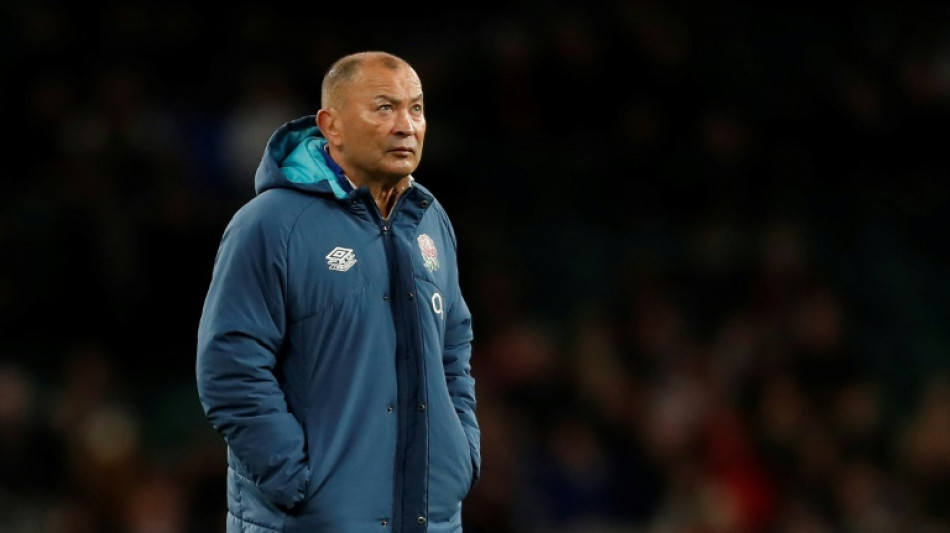 Rugby Australia Monday sacked coach Dave Rennie just eight months out from the World Cup and replaced him with ex-England boss Eddie Jones in what it called "a major coup".

It will be Jones's second stint in charge after his 2001-2005 spell during which he took Australia to the 2003 World Cup final.

New Zealander Rennie was shown the door after just five wins from 14 Tests last year. He was in charge for three seasons.

Speculation had been rife that Jones, an Australian, would be brought into the Wallabies set-up, but Rennie last week ruled out working with him, saying "it won't happen".

Jones, who was dumped by England in December, will start on January 29 with a contract that will take him through until the 2027 World Cup in Australia and includes overseeing the women's Wallaroos programme.

He said his aim was to win the World Cup in France this year.

"It is a wonderful opportunity for me to be able to come home to Australia and lead my nation to a rugby World Cup," said the 62-year-old.

"It is going to be an immense period for Australian rugby -- as a proud Australian, it is a great honour to be able to come home and lead the national team during these years.

"The Wallabies squad is a really talented group of players with good depth.

"If we can have everyone fit and healthy going into the World Cup this year, I am confident that we can go to France and break the 24-year drought of winning the rugby World Cup.

"I am really looking forward to getting back home and getting stuck in."

Jones was axed by England after presiding over England's worst year since 2008, with the team losing six out of 12 Tests, with five wins and a draw.

He said last month the past few years had taken a toll and it would be "difficult" to bounce back and coach another team at the World Cup.

But he added: "If someone comes forward and the offer's too good to refuse then I'll look at it."

"Eddie's deep understanding of our rugby system and knowledge of our player group and pathways will lift the team to the next level," he added.

"Eddie instinctively understands the Australian way of playing rugby -- this represents an opportunity to secure a coach of immense expertise and experience at the biggest competitions, and we did not want to miss it."

Rennie has been linked with a move to Kobe Steelers in Japan, although he rejected claims last week that any deal had been signed.

"Dave has been instrumental in developing much of the depth that we see in and around the current Wallabies squad," he said.

"There are a number of players that are genuine World Cup possibilities because of opportunities that Dave has provided.

"The work ethic, the spirit within the group, and the way the team carries itself are all a direct result of Dave's input -- he has made a real mark on this group of players."