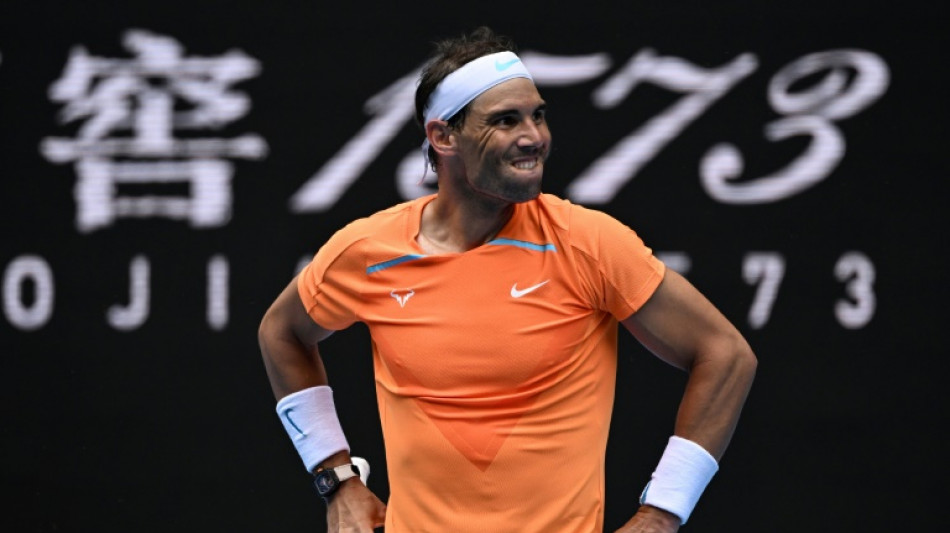 Rafael Nadal's victory march in the first round of the Australian Open was briefly held up on Monday when a ball boy took his racquet.

The bizarre incident happened between games in the first set, with the Spanish great leading 4-3 against Britain's Jack Draper at Rod Laver Arena.

"I need the racquet back," the 36-year-old defending champion, looking bewildered, told the chair umpire.

It was not immediately clear what happened, but it seems that Nadal asked for his racquet to be restrung, only for the ball boy to take the wrong one.

"The ball boy took my racquet!" a smiling Nadal shouted to Draper, explaining what the hold-up was.

"So he picked up my racquet I was ready to play (with). But okay, he took it and no problem at all."

Nadal next plays the American Mackenzie McDonald at Melbourne Park.