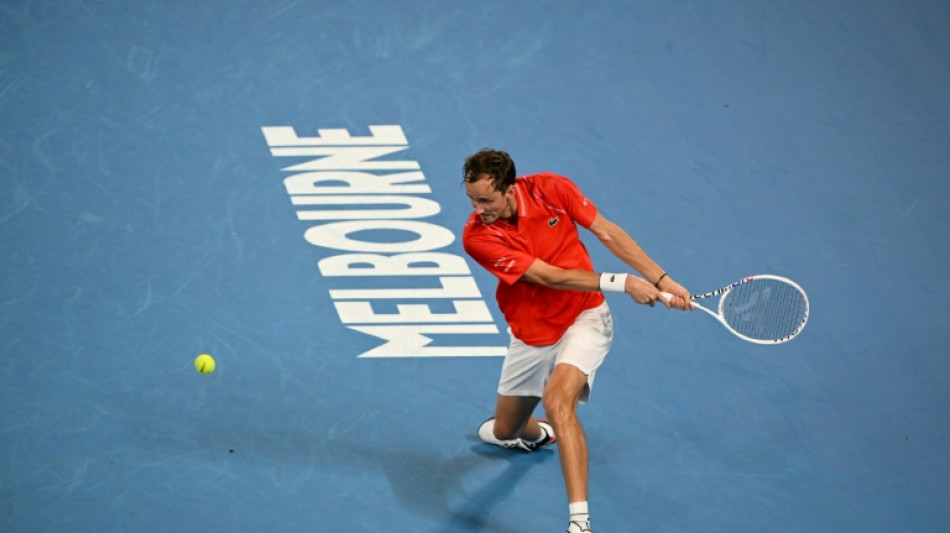 Two-time losing finalist Daniil Medvedev fired up his bid to go one better at the Australian Open with a straight-sets demolition of Marcos Giron on Monday.

The Russian seventh seed, almost a foot taller than his opponent, blasted past the 56th-ranked American 6-0, 6-1, 6-2 on Rod Laver Arena in just 1hr 36mins.

His reward is a second-round clash with Australian wildcard John Millman, who came through a five-setter against Switzerland's Marc-Andrea Huesler.

"Really happy with the match, Marcos is a tough opponent and to beat him with this score in the first round of a Slam is great," he said. "I'm really happy about my level."

Medvedev was a losing finalist at the last two Australian Opens, to Novak Djokovic in 2021 and then in a demoralising five-set defeat 12 months ago against Rafael Nadal after leading by two sets.

"Great memories of last year, but I definitely want to have better ones this year," he said.

The 2021 US Open champion rebounded from that disappointment by becoming world number one, where he spent 16 weeks.

But he has since seen his ranking slip to eight after only making the round of 16 at both Roland Garros and the US Open last year. He was unable to compete at Wimbledon due to the Ukraine war.

Djokovic and Nadal continue to pose a roadblock in his quest for a second Grand Slam title, but his form against Giron suggests he is peaking at the right time.

The American broke into the top 50 and contested a Tour-level final for the first time in 2022, but he was no match for the Russian.

Medvedev broke his first service game and there was no looking back, steaming through the first set in 37 minutes and the second in only 26 minutes, with Giron hitting just three winners.

The stunned Giron put up a slightly better fight in the third set, but he had already lost the battle.

He has never played Millman before and is wary.

"He's a great player, especially here in Australia," he said.

"He's capable of some great tennis so I'm going to have to play my best."