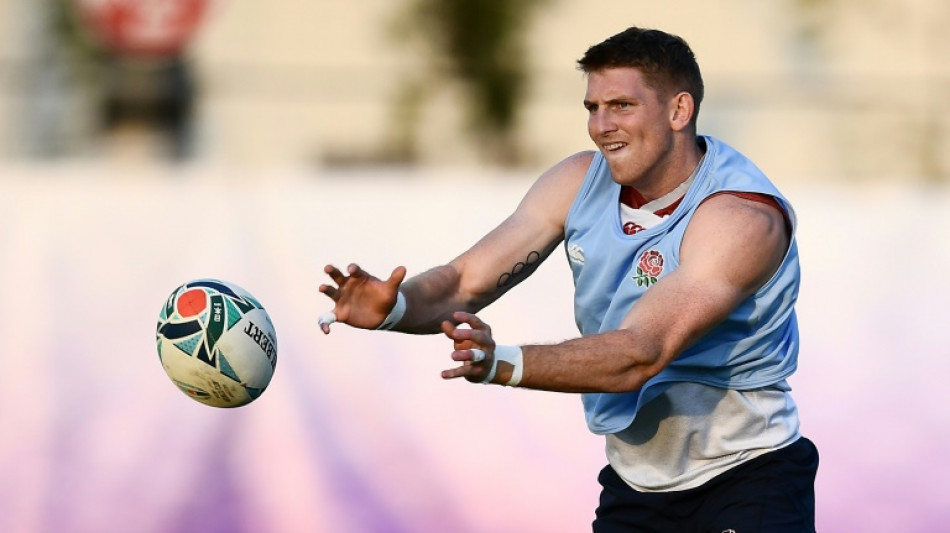 Former England wing Ruaridh McConnochie was named in Scotland's 40-man squad for the Six Nations on Tuesday, with Ireland under-20 international Ben Healy also among a group of four uncapped players.

McConnochie, 31, was capped twice by England in 2019, featuring against the United States at the World Cup in Japan.

But World Rugby's eligibility rules allow a capped player to switch allegiance to another country for which they are eligible following a three-year cooling-off period.

The Bath back's change of allegiance follows a similar switch by former Australia-turned-Scotland international Jack Dempsey, who made his Dark Blues debut earlier this season, with McConnochie now opting to represent the nation of his father's birth.

With fellow wing Darcy Graham injured, McConnochie has a chance of making his Scotland debut against England in the team's Six Nations opener -- a Calcutta Cup clash at Twickenham on February 4.

Healy, qualified to play for Scotland through his maternal grandparents, has been called up following an injury to Adam Hastings.

The 23-year-old will be competing for the No 10 shirt with Finn Russell and Blair Kinghorn.

Healy, born and raised in Tipperary, is a former Ireland under-20 international but with Joey Carbery and Jack Crowley blocking his path at provincial level, he has decided to pursue a career in Scotland and is joining Edinburgh next season.

He could face Ireland in the fourth round of this season's Six Nations and at the World Cup in France, with the two Celtic nations in the same pool.

Experienced backs Sean Maitland and Huw Jones have both been recalled, with back-row forward Jamie Ritchie continuing as Scotland captain.