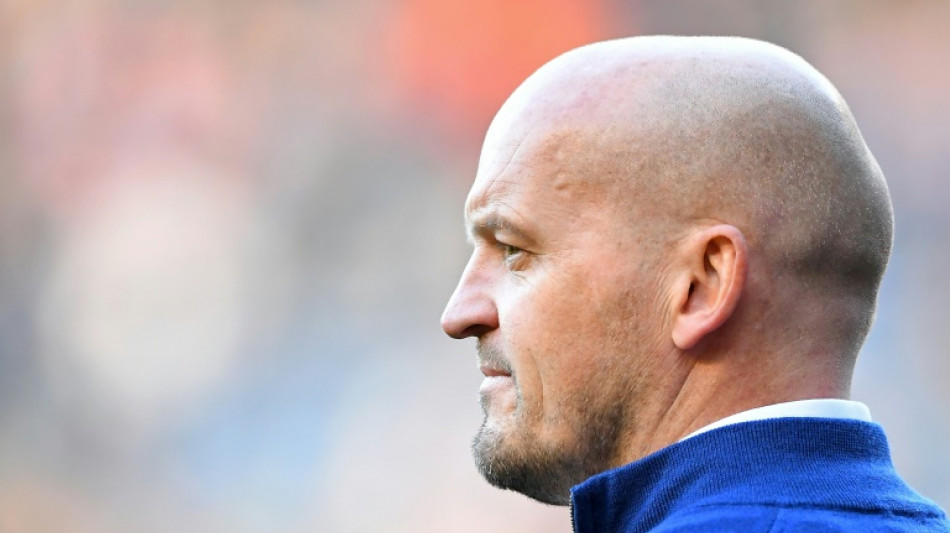 Townsend says Six Nations could be his last as Scotland coach / Foto: © AFP

Townsend says Six Nations could be his last as Scotland coach

Gregor Townsend said Tuesday that this year's Six Nations could be his last as Scotland coach, confirming he has not held talks about extending a contract that ends later this year.

It has been widely speculated that the 49-year-old, who took over in 2017, will be leaving his post after the World Cup in France in September and October.

After naming a 40-man squad for the Six Nations, he told reporters: "I'm not contracted beyond this year so of course" (it could be a last Six Nations as Scotland coach).

The former Scotland fly-half, asked if he would like clarity about his future before the World Cup, replied: "Yes, of course. But we'll just have to wait and see.

"No discussions have been had and I don't see them taking place until after the Six Nations."

However, he did go some way towards confirming reports in the French media that he had been approached about taking up a position in France's national set-up following the World Cup.

"I did get a contact from France, but it was just an initial enquiry and there was nothing further from that because we obviously play France in the Six Nations so I didn't want to talk any further with them about that," said Townsend.