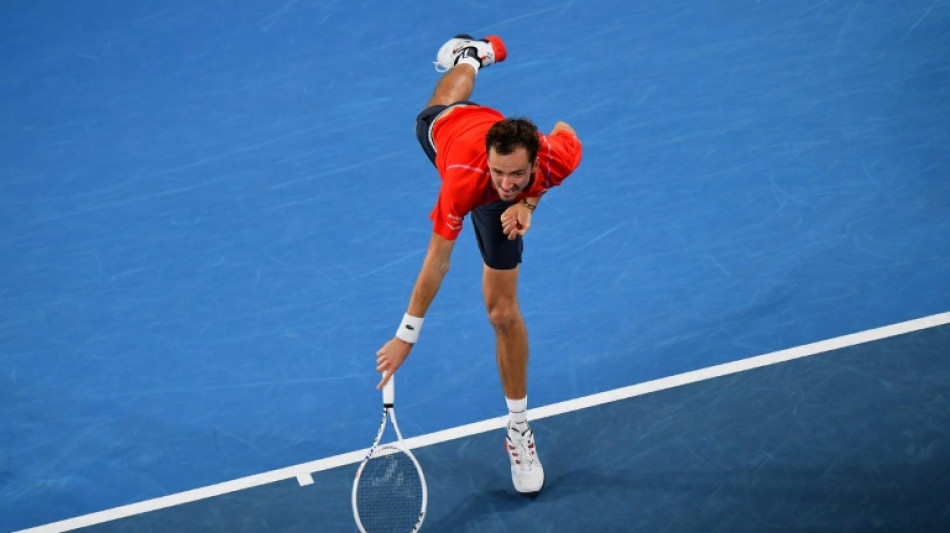 The Russian seventh seed, who lost the 2021 decider at Melbourne Park to Novak Djokovic and then against Rafael Nadal last year, battled past the Australian wildcard entry 7-5, 6-2, 6-2 on Margaret Court Arena.

He next meets either dangerous American Sebastian Korda, who made the Adelaide International final this month, or Japanese qualifier Yosuke Watanuki.

Medvedev is on the same side of the draw as Nadal and was scheduled to meet him in the last eight.

But with the Spaniard's shock defeat Wednesday to Mackenzie McDonald, his route to a third straight final has opened up.

"It was a great match. Even the score in the second and third sets doesn't reflect everything that went on the court," said the Russian.

"He managed to break me three times in the first set, which doesn't happen very often. I'm a bit disappointed in myself, but he played amazing."

The Russian dropped just three games in a demolition of Marcos Giron in the first round, but met stiffer resistance initially from Millman, with plenty of long rallies.

They went toe-to-toe in the first set with both players struggling on serve, before the world number eight broke for a fourth time to seal the set.

Medvedev moved up a gear in the second set, and when Millman netted a backhand to give him a 2-1 advantage he put his foot to the floor to take full control.

There was no way back for the Australian, with Medvedev in the zone as he raced to victory.

"Physically for both of us it was tough," said Medvedev, who is bidding to become just the fourth man in the Open era to reach three consecutive Australian Open finals, after Djokovic, Mats Wilander and Ivan Lendl.

"But I felt amazing."