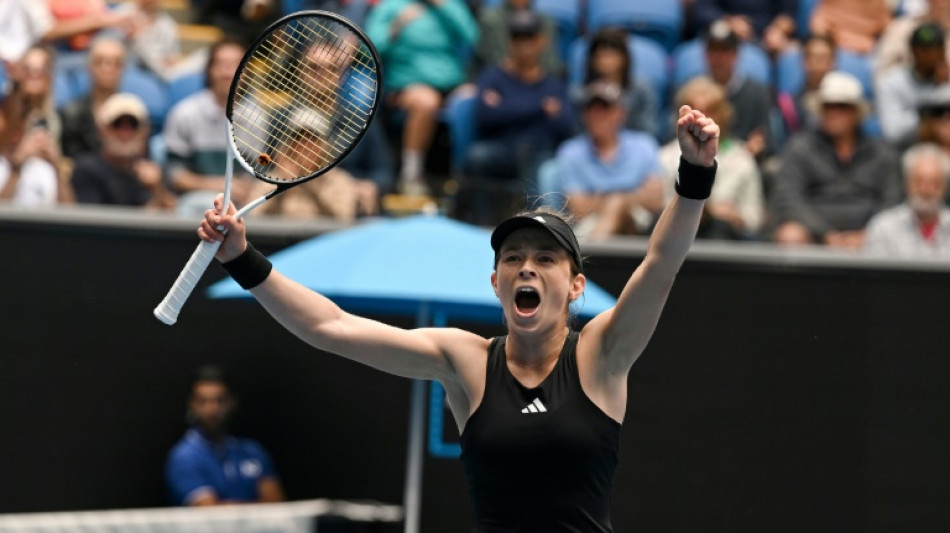 American qualifier Katie Volynets said Thursday she had "chills" after sending world number nine Veronika Kudermetova tumbling out of the Australian Open to win consecutive Tour-level matches for the first time in her career.

Kudermetova, contesting her first major as a top-10 player, had reached the quarter-finals or better at her past five tournaments.

She came into the Australian Open with a left hip niggle which saw her pull out of her Adelaide International semi-final this month, but was simply not good enough against Volynets.

"It gives me chills, because the fans here are just incredible," said Volynets, ranked 113 and facing a top-10 player for the first time.

"I've never played in a stadium this packed with so many people keeping up my energy. That's awesome."

Kudermetova was broken five times and made 47 unforced errors to Volynets' 28, with the American crediting new coach Henner Nehles for making a huge difference to her game.

"All credit goes to my team. I've never felt this excited to work with a coach before. We have the big picture in mind and it excites me so much," she said.

"Really cool to see just a few months of work with Henner is really benefiting my game and my identity as a person."

She will attempt to keep her run going next against either China's Zhang Shuai or Croat Petra Martic.