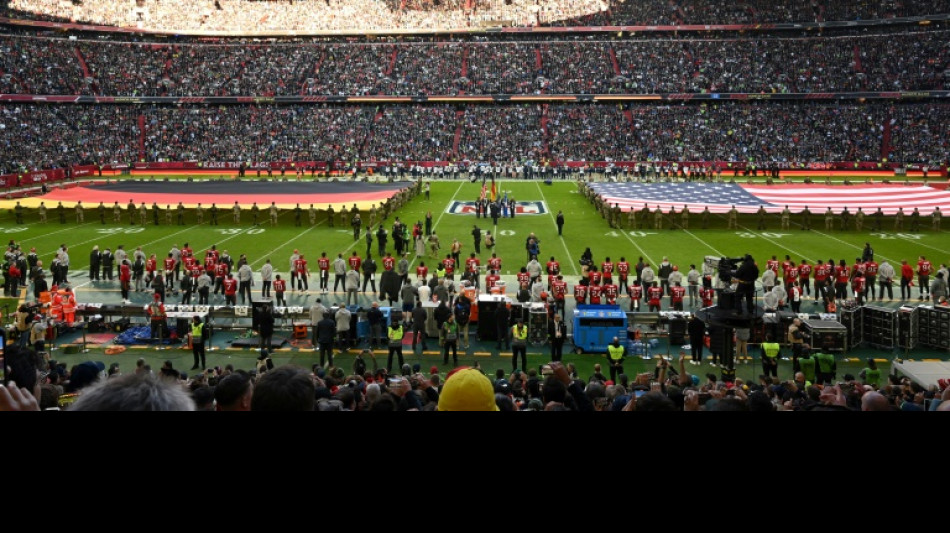 NFL to play two games in Germany next season

The NFL will play two regular season games in Germany in 2023, the league announced on Thursday.

The six-time Super Bowl-winning New England Patriots and this year's title favourites the Kansas City Chiefs were confirmed as two of the four participating teams.

The NFL, which hosted its first regular season game on German soil when the Tampa Bay Buccaneers face the Seattle Seahawks in Munich in November, had previously announced plans to play one game per year in the country from 2022 to 2025.

The match, won 21-16 by Tom Brady's Tampa Bay, saw extraordinary demand, with more than a million fans signing up for a chance at one of the 67,000 tickets.

While the NFL on Thursday said matchups and game times would be confirmed later in the year when the full season schedule is released, the Kansas City Chiefs are an official partner of Bayern Munich and therefore may play at the Allianz Arena.

The NFL also announced three games to take place in England, two at Tottenham Hotspur Stadium and one at Wembley.

"Interest in our game is at an all-time high around the world and we look forward to returning to the UK and Germany in 2023 with some of the NFL's most iconic clubs and stars," said NFL Executive Vice President Peter O'Reilly.