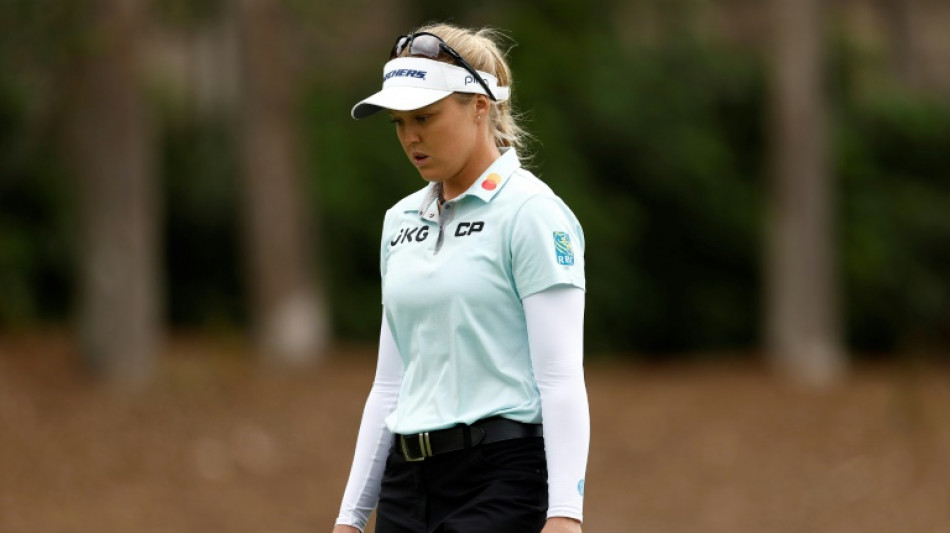 Canadian Brooke Henderson held a one shot lead after the first round of the LPGA's season-opening Tournament of Champions on Thursday after shooting a five under-par round of 67 at Lake Nona Golf Club in Orlando.

The field for the tournament is limited to winners on the LPGA Tour from the past two seasons and also features celebrity and amateur golfers, playing alongside the LPGA players, but in separate competitions.

The 25-year-old Henderson, who won the Evian Championship last season, was a stroke ahead of American Nelly Korda as she made an impressive start to the campaign after dealing with a back injury in the off-season.

The only blemish on Henderson's scorecard was a bogey on the 17th but she quickly cancelled that out with her sixth birdie of the round on the final hole.

Henderson, who announced on Wednesday that she had switched to Taylor Made equipment, was delighted to quickly settle into her form.

"I went through a lot of changes in the off-season but all the clubs worked really well today which is great and to shoot five-under to start the season off feels really good," she said.

"To get off to a hot start is always a great feeling and hopefully I can keep it going over the next three days and maintain the momentum, you really need to go low here if the conditions are going to stay as nice as they are," added Henderson.

Korda, who also had to deal with health issues last season, has joined Henderson in the same club-switch and was pleased with the way she was able to perform with the new gear.

"When you are testing it is obviously very different to when you are playing. So this week I am taking it as a feeler thing, where I need to dial-in a little more, tweak some things.

"But overall I am pleased with the way the clubs were really flying, the shots I missed were because of me releasing a little early," she said.