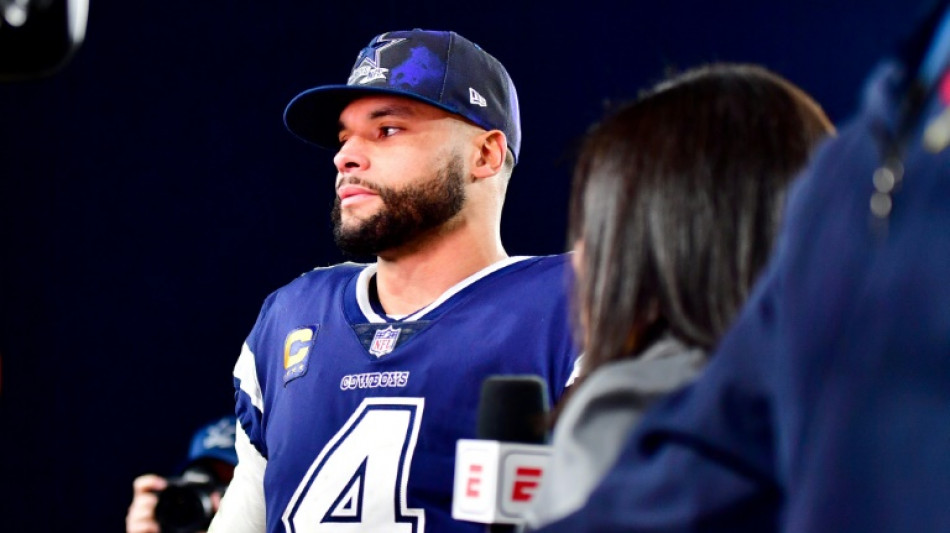 Prescott says Cowboys fired up to avenge loss to 49ers

Dallas Cowboys quarterback Dak Prescott says his team are relishing the chance to avenge last season's playoff loss to the San Francisco 49ers when the teams meet in Sunday's divisional round.

The Cowboys haven't progressed to an NFC Conference Championship game since their Super Bowl triumph in 1995, losing six divisional-round games in that time.

Last season, Dallas went out in the wildcard round in a 23-17 home loss to San Francisco after giving away crucial penalties.

Prescott, who was outstanding in Monday's road win against Tom Brady's Tampa Bay Buccaneers, said he was hoping this season would deliver a chance of a rematch with the 49ers.

"Most definitely I did. I think this whole team did," said the quarterback.

"Obviously, using that loss last year as motivation (was) just kind of the focal point, I guess, of the resiliency that we carried into the offseason and into this year. We get a chance to go back and, at their place, do something that we want to do," he said.

'America's team' will need to produce a major upset, not only ending their long barren run in the playoffs, but also stopping a San Francisco team that is on an 11-game winning streak.

The 49ers' rookie quarterback Brock Purdy has enjoyed six straight wins and thrown 14 touchdowns since taking over as starter in Week 14 after injury to Jimmy Garoppolo.

Last week, Purdy scored threw three touchdowns and ran in another as the 49ers beat the Seattle Seahawks 41-23.

That made Purdy the first rookie in NFL history with four touchdowns in a playoff game. The 41 points was the most scored in a post-season game by a team with a rookie quarterback.

Cowboys coach Mike McCarthy believes that Purdy's performances mean the quarterback should not be approached as a first-year player.

"He's played at a very high level. They do a very great job at their versatility, week in and week out," McCarthy said.

"He manages that very well. He's not a rookie anymore in our eyes," he added.

Saturday's games see the Jacksonville Jaguars at the Kansas City Chiefs in the AFC and the NFC top seed, the Philadelphia Eagles, host the New York Giants.

The Cincinnati Bengals are at the Buffalo Bills in Sunday's AFC game.