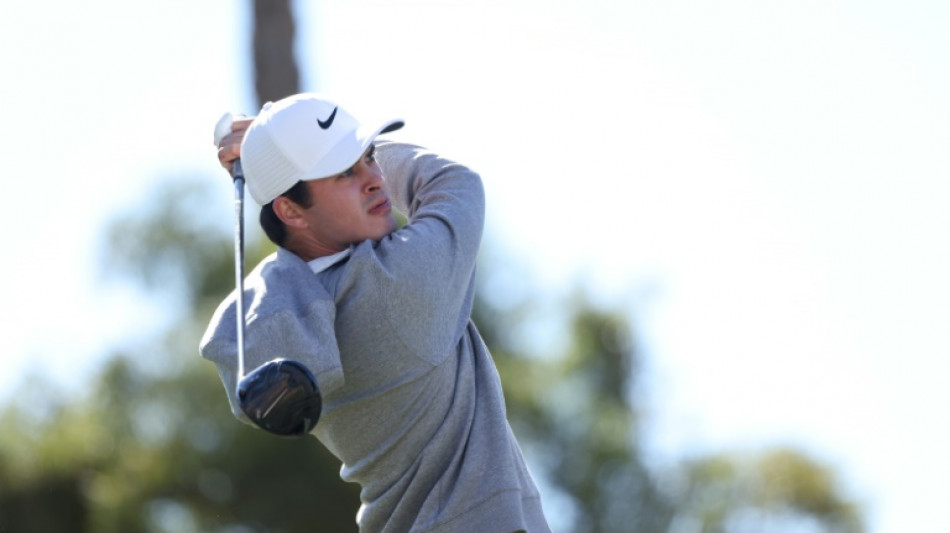 US PGA Tour rookie Davis Thompson grabbed a trio of eagles Friday in an eight-under par 64 that kept him two strokes clear of Spain's Jon Rahm in the US PGA Tour American Express tournament in California.

After notching back-to-back eagles in his first-round 62, Thompson matched the US tour record for eagles through 36 holes in a tournament as he added another three on the Nicklaus Tournament course, one of three in use for the event in La Quinta, California.

"Just had some good numbers into par-fives and was able to execute my shots," said the 23-year-old graduate of the developmental Korn Ferry Tour, who is chasing his first US PGA Tour title.

"Had some putts drop. So it was nice to make some eagles."

The first came at the par-five 11th, where he rolled in a 20-foot eagle putt.

After a birdie at 15, he slowed a bit with bogeys at the 16th and first, but he bounced back with a birdie at the third followed by an eagle at the fourth, where he hit a five-iron to about 15 feet and made the putt.

He added birdies at the fifth and sixth, and at the seventh hit a "really good six-iron and make, like, a 20-footer" to cap a run that saw him pick up seven strokes in the space of five holes.

"Everything is kind of clicking these last two playing days and just looking forward to trying to keep it rolling tomorrow," Thompson said.

On Saturday he'll play the Stadium Course, which will also host the final round after the 54-hole cut is made.

World number four Rahm, who lifted the title in the California desert in 2018, was impressed by Thompson's eagle tally.

Rahm said he was "feeling great" after posting eight birdies without a bogey in his eight-under 64 on the Nicklaus course for a 16-under par total of 128.

"A lot of confidence," said Rahm, who left himself a bevy of short putts with a sharp wedge game.

A perfectionist, Rahm said he couldn't call it his best golf "because I expect a lot of myself.

"But still pretty damn good rounds of golf," added Rahm, who opened 2023 with a win in the Tournament of Champions in Hawaii two weeks ago.

The Spaniard was three strokes in front of a group of five players sharing third on 13-under 131.

World number two Scottie Scheffler, who again has a chance to overtake Rory McIlroy atop the world rankings this week, carded a five-under 65 on the Nicklaus course to lie seven off the pace on 133.