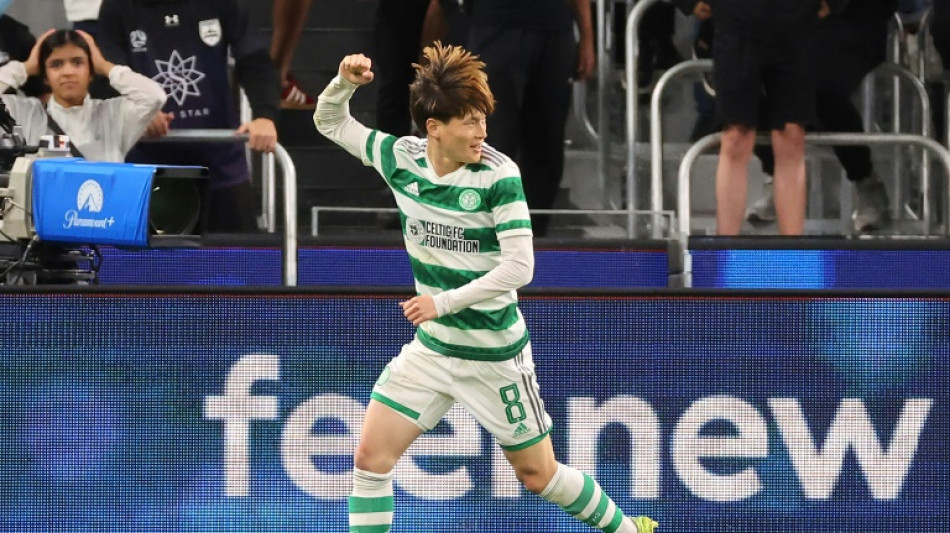 Kyogo Furuhashi took his tally for the season to 20 goals as Celtic eased into the last 16 of the Scottish Cup with a 5-0 win at home to second-tier Morton on Saturday before holders Rangers saw off St Johnstone 1-0.

Japan forward Furuhashi matched his total for last season thanks to a first-half double in the fourth-round tie at Parkhead.

Bhoys manager Ange Postecoglou, who has made his opposition to VAR clear, had no desire to revisit the topic as he praised Celtic's approach to a potentially tricky cup tie.

"I thought the attitude of the boys was great," he said. "You go into these games with a bit of trepidation about how the boys will react and I thought they reacted well."

Morton could have broken the deadlock when Lewis Strapp was left one-on-one with Joe Hart only to shoot straight at the former England goalkeeper.

At the other end, Celtic's Liel Abada had a shot blocked and play continued, with most spectators in the crowd thinking no more about the effort.

But VAR eventually spotted that Abada's shot had come off the foot of Jack Baird then bounced up away from goal and brushed Ambrose's arm, which was slightly away from his body.

That was enough for Napier to decide on-field referee Kevin Clancy had made a "clear and obvious" error.

Having looked at the pitchside monitor, Clancy awarded Celtic a penalty.

"No-one really sees anything," said Morton manager Dougie Imrie. "I don't know how Efe's meant to get his hand out of the road. It takes a deflection and it's so close.

"I just don't know how they can give a penalty."

Mooy sent Brian Schwake the wrong way from the spot in the 18th minute. Three minutes later Celtic were 2-0 ahead when Ambrose took a heavy touch on the edge of his box and Abada played in Furuhashi.

Celtic went further ahead in the 42nd minute when Furuhashi laid the ball back for Turnbull, who let fly with a first-time shot from 22 yards.

Furuhashi made it 4-0 in stoppage time after Grant Gillespie had taken a fresh-air swipe at Abada's cutback.

Rangers made it nine games unbeaten under manager Michael Beale with full-back Borna Barisic's thunderous strike on the stroke of half-time, as he followed up a Fashion Sakala effort that came back off the post, proving the difference away to St Johnstone.

Premiership high-flyers Livingston avoided a Cup upset by coming from behind to win 3-1 at League Two Stenhousemuir.