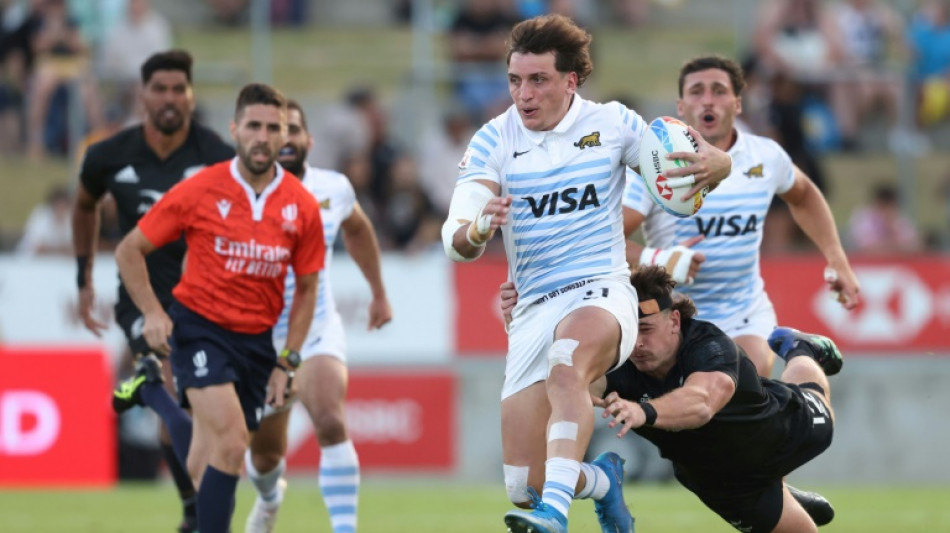 Argentina denied New Zealand a double in the Hamilton leg of the sevens world series on Sunday, fighting back to beat the hosts 14-12 in a dramatic men's final.

Earlier, New Zealand completed their domination of the women's event in style, beating the United States 33-7 in the final.

The men's team looked set to mirror that result when they led Argentina 12-0 at halftime through tries to Akuila Rokolisoa and Roderick Solo.

However, the South Americans responded via converted tries from Santiago Alvarez and Marcos Moneta to secure their first tournament win on New Zealand soil.

The match ended on a contentious note when New Zealand's Brady Rush appeared to ground the ball with his elbow after the final hooter but the television match official ruled no try.

Argentina captain Gaston Revol said their performance showcased the fighting qualities that were also evident in a shock quarter-final defeat of Olympic champions Fiji and a semi-final win over the United States.

"We knew that the final was going to be really tough. We made a really bad start but we said we were going to do our best in the second half," Revol said.

"I'm so happy, this team has been working so, so tough. Beating New Zealand in New Zealand is history for us."

New Zealand, who thrashed France 38-0 in the semi-finals, climb to top spot in the standings after four rounds, two points clear of the United States, who pipped France 15-14 in the playoff for third.

The women's standings are also led by New Zealand, four points ahead of Australia.

The Olympic champions scored five tries in the final, with speedster Michaela Blyde bagging a hat-trick.

The other tries went to Jazmin Felix-Hotham and Portia Woodman-Wickliffe, one of four players who were part of New Zealand's 15-a-side World Cup triumph in November.

Blyde said the players were determined to perform on home soil after learning New Zealand won't be hosting a tournament next season -- for the first time in 23 years -- with World Rugby poised to unveil a new-look schedule.

"This one's extra special, obviously with it being the last Hamilton Sevens," she said.

"We wanted to make it our best one."

New Zealand tallied 213 points across six games over the weekend, and conceded just 19.

Last year's World Cup winners Australia suffered a shock 10-7 semi-final loss to the US before responding with a 33-17 defeat of Ireland in the bronze medal match.

At the completion of both the men's and women's world series in May, the top four countries - excluding hosts France - will qualify for the 2024 Olympics.