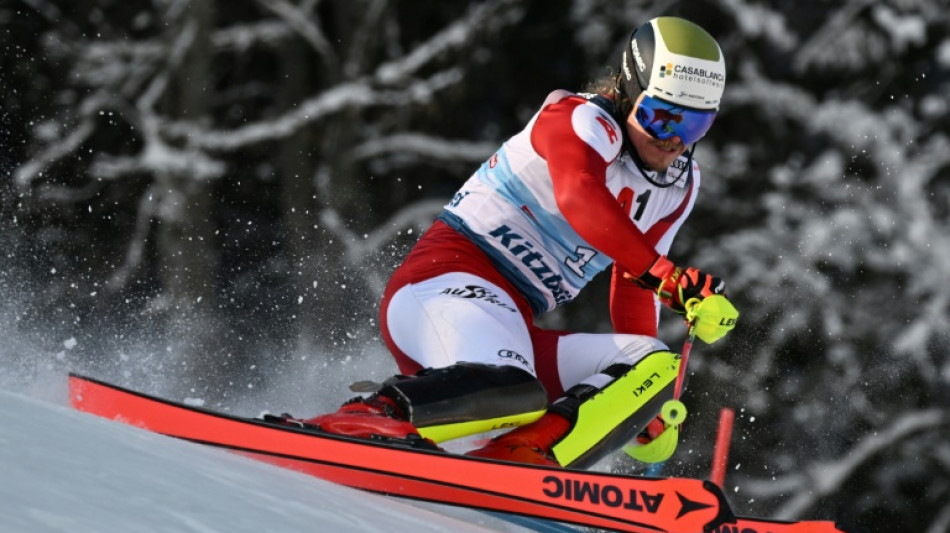 Austrian Manuel Feller was first out of the start hut and remained in pole for the men's World Cup slalom in Kitzbuehel on Sunday.

Feller timed 52.18 seconds in the first leg down a super-icy Ganslern slope in the Austrian resort.

The second leg is scheduled for 1230 GMT, with the top 30 finishers from the first leg racing in reverse order.