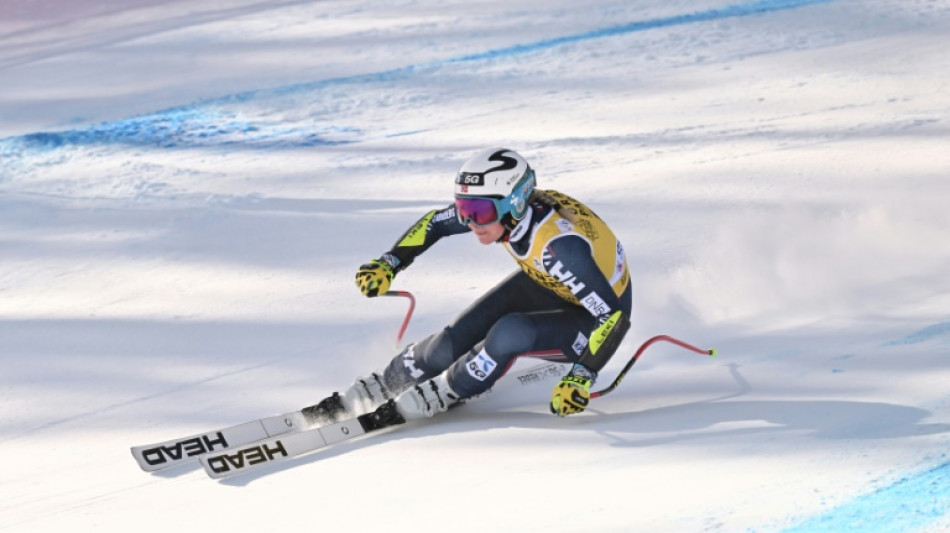 Norway's Mowinckel won her first race of the season and the third of her World Cup career with a time of one minute, 23.22 seconds, 0.30sec ahead of Austrian Cornelia Huetter.

Marta Bassino took the final spot on the podium on home turf, finishing 0.47sec off the pace after having led early on, with Lara Gut-Behrami in fourth.

American star Shiffrin finished 0.67sec back in seventh, the third time in consecutive days that she has missed out on a record-breaking 83rd World Cup win.

Shiffrin will have two more chances in Italy to break a tie with now-retired Lindsey Vonn as the female skiers with most wins on the elite alpine circuit.

Shiffrin and Vonn are tied on 82 World Cup wins apiece, four behind the overall record of 86 held by Swedish legend Ingemar Stenmark, who dominated the men's slalom and giant slalom disciplines for a decade from 1975 before retiring in 1989.

On Tuesday and Wednesday Kronplatz hosts two giant slaloms, a discipline in which the 27-year-old Shiffrin has won 17 World Cup races.

Sofia Goggia, who won Friday's downhill at Cortina, pulled out of the super-G as a precautionary measure after crashing out of Saturday's downhill.

Italy's winter sports federation said in a statement that Goggia had "a slight pain in her right knee" and had decided not to take part in the race as a precautionary measure ahead of next month's world championships in Courchevel and Meribel.

Goggia injured her left knee in a super-G race at Cortina last season, complicating her preparations for the Beijing Winter Olympics where she won silver in her favoured downhill discipline.