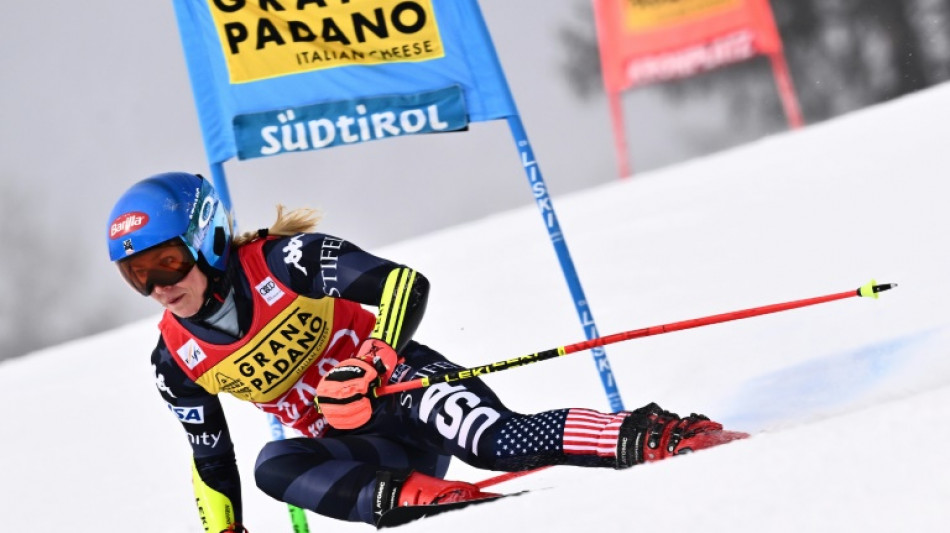 Mikaela Shiffrin continued her bid to become the most successful World Cup skier of all-time after topping the times in the first run of Wednesday's giant slalom in Kronplatz.

A day after breaking the women's record for most wins on the alpine World Cup circuit, Shiffrin eased down the piste in 1 minute 0.56 seconds, making her favourite to take her tally of victories to 84.

The American star was over half a second ahead of Sara Hector ahead of the day's second run which starts at 1230 GMT, while home hope Marta Bassino was 0.65sec back in third.

Bassino trails Shiffrin by 49 points in the giant slalom standings after giving up her lead in the discipline on Tuesday.

Shriffrin's task was made easier by giant slalom world champion Lara Gut-Behrami ending her opening run 1.80sec off the pace, with Petra Vlahova also over a second behind in seventh.

Triumph in the Italian Dolomites would move Shiffrin to within two of the overall wins record of 86 held by Ingemar Stenmark.

Swedish icon Stenmark dominated the men's slalom and giant slalom disciplines for a decade from 1975 before retiring in 1989.