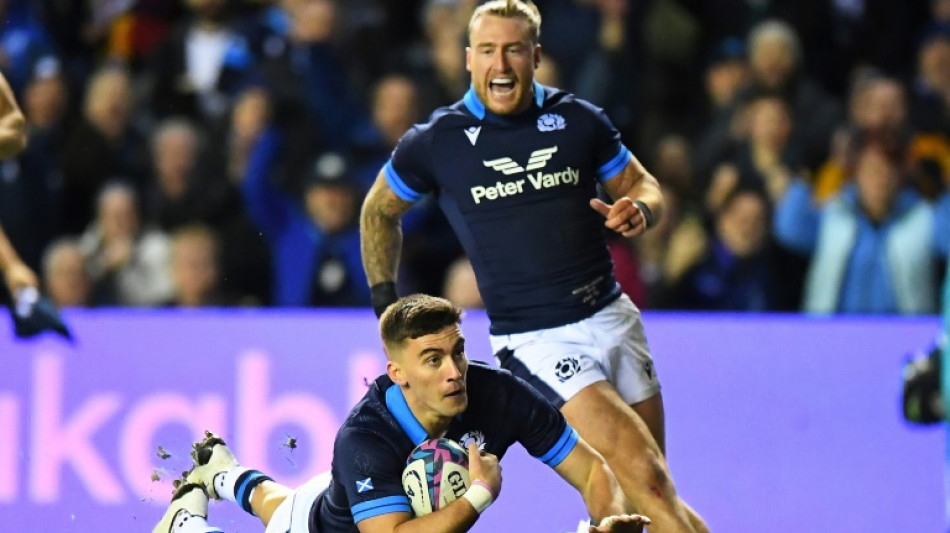 Cameron Redpath believes the Six Nations represents an ideal opportunity to cement his place in the Scotland set-up following an injury-plagued start to his international career.

Scotland play their first match at Twickenham, the home of oldest rivals England, where Redpath made an impressive Test debut in the Scots' 2021 Calcutta Cup win.

But the 23-year-old centre, who plays his club rugby in England with Bath, still has just four caps to his name.

"I definitely want to push on," he said ahead of the February 4 clash against England. "I've wanted to do that for a few years but I've been held back a bit with my body not being ready.

"I think I've played 14 games this season and I think about 12 of them were for 80 minutes. At the start of the season I didn't expect to play this much rugby."

Redpath, the son of former Scotland scrum-half Bryan Redpath, looked increasingly at ease in the Test arena when scoring his first international try in the Dark Blues' 52-29 win against Argentina at Murrayfield in November.

His first taste of Test rugby came during the coronavirus pandemic, with his Twickenham bow taking place behind close doors due to Covid-19 restrictions.

Next week's match will be Scotland's first game at England's headquarters since their 11-6 success two years ago and Redpath hopes to play in front of an 80,000-capacity Twickenham crowd.

"I'd love to try and beat England with the full crowd this time," he said. "I think in the last few years Scotland have had the momentum and we've won two out of the last three, so it's an exciting time for Scotland and hopefully we can go and do it again."