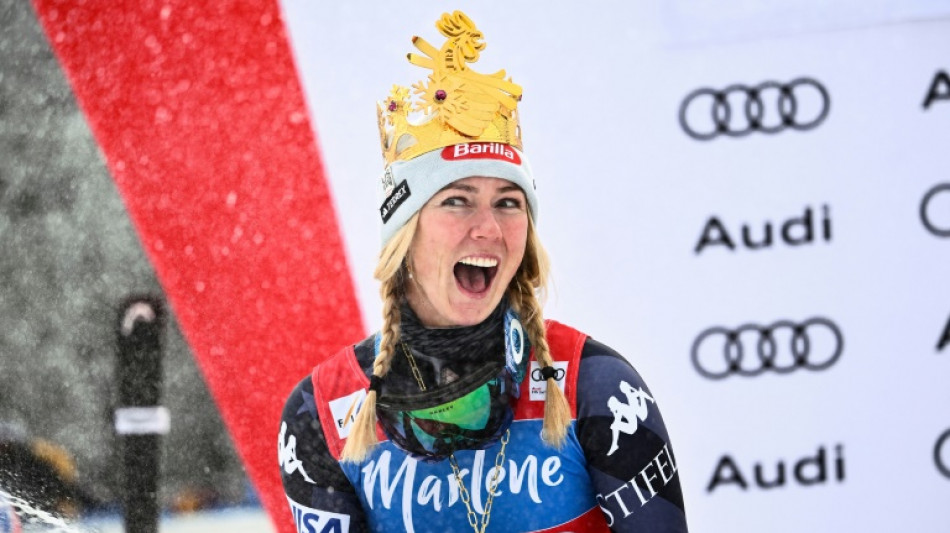 US ski star Mikaela Shiffrin, who took the women's record of World Cup victories to 84 in Kronplatz on Wednesday, has paid tribute to Sweden's Ingemar Stenmark, whose overall record of 86 she is fast approaching.

"His legacy is synonymous with ski racing," Shiffrin said Wednesday, having only met Stenmark briefly at the 2019 world championships in Are, Sweden.

Swedish icon Stenmark dominated the men's slalom and giant slalom disciplines for a decade from 1975 before retiring in 1989.

"Everybody knows, if they know anything about ski racing at all, and even if they don't, they know Ingemar Stenmark. I don't think that's something I can surpass, I don't know if I ever will," Shiffrin said.

"He set the standard for what ski racing has become."

Shiffrin also played down some fans insisting that now-retired compatriot Lindsey Vonn, who had 82 World Cup victories to her name, was the better skier.

"No matter what I accomplish or achieve, no matter what the number is... people can decide who they want to cheer for," the 27-year-old said, describing that as the beauty of sport.

"Take the number 83, technically yes, that's more than any other woman has achieved in history, but there will always be a huge fanbase that believes that Lindsey is the greatest female skier of all time."

Shiffrin won the two giant slalom races held in Kronplatz on Tuesday and Wednesday, already the ninth and 10th victories in 21 races of what is proving to be a dominant season.

Before heading to the February 6-19 world championships in Courchevel and Meribel, Shiffrin has two slalom races in the Czech resort of Spindleruv Mlyn this weekend, when she could equal Stenmark's record.

Despite saying she and her team had been "tired and stressed" at the non-stop nature of the World Cup circuit, Shiffrin said "there had been a lot of work" to get to podium finishes.

"There's so much talk about numbers and records... but when I'm in the startgate, I'm really trying not to focus on that."