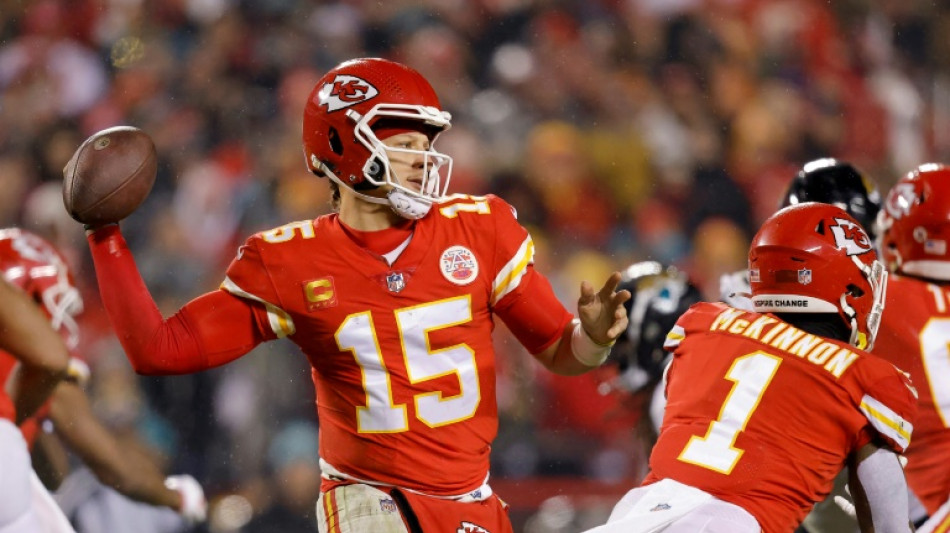 Kansas City Chiefs quarterback Patrick Mahomes will practice on Wednesday as he recovers from an ankle injury and says he "feels good" ahead of Sunday's AFC Championship clash with the Cincinnati Bengals.

Mahomes suffered the injury during the first quarter of Sunday's divisional round win over the Jacksonville Jaguars but played the second half - albeit with restricted movement.

“It’s doing good. I had a few days of treatment and a few days of rehab. I’m excited to go on the practice field and test it out, and see where I’m at. But it’s feeling good so far,” Mahomes told a pre-practice press conference on Wednesday.

Mahomes said it wasn't yet clear how much the injury will stop him from playing his normally mobile style.

"We'll see throughout the week. I haven't gotten to go out and practice yet and put myself in those positions," he said.

Chiefs coach Andy Reid said it wasn't yet clear how limited Mahomes would need to be in practice but appeared upbeat.

"I think he is going to do everything. I don't think that is going to be an issue," he said.

The Chiefs are back in the NFL's AFC Championship game for the fifth straight season in what is a re-match of last year's game -- won by the Bengals.

Mahomes threw for 5,250 yards and 41 touchdowns in the regular season and also added 358 rushing yards and four rushing touchdowns.

But more than just restrict his rushing ability, limited mobility would reduce his effectiveness when scrambling, moving out of the "pocket" and throwing on the run.

Mahomes had to deal with an ankle sprain early in the 2019 season, continuing to play without major issue, but that time it was his left ankle -- a significant difference for a quarterback.

"The last one, it was the leg that I landed on, so I had to find other ways to throw where I could land and keep it in the right spot. This time, I'll have to find ways to be able to push off and still be able to make throws the right ways. So, definitely similar in a sense but different limitations and stuff that I'll have to work through," he added.