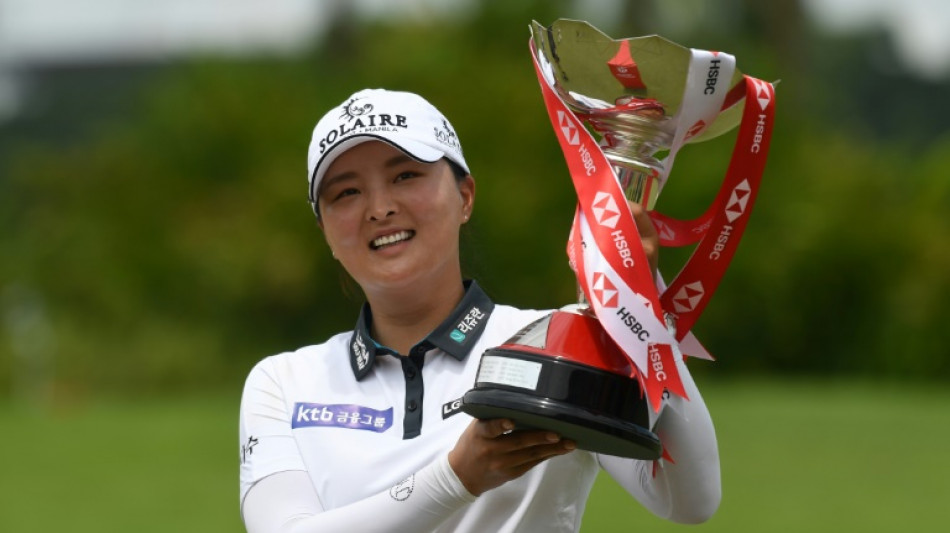 South Korea's Ko Jin-young stormed to a two-shot victory by closing with a final round six-under-par 66 to win the HSBC Women's World Championship at the Sentosa Golf Club on Sunday.

Playing in her first event of the 2022 LPGA season, Ko showed why she is the world number one as she outplayed her closest rivals by firing five birdies in her last six holes to clinch her sixth LPGA title with her winning total of 17-under-par 271.

"It feels amazing right now. I just tried to focus on doing my best today. It's always hard to be playing in the last group but I thrive on playing under pressure," said Ko.

"I was on Facetime with my mom and dad. They were smiling all the time and were very emotional with my latest victory."

Ko started the day trailing Chun by one shot. She got off to a slow start with seven straight pars before a pair of birdies on holes eight and nine saw her reach the turn in 34.

The 26-year-old South Korean dropped her only shot of the day with a bogey-five on 12 but roared towards a grandstand finish in the Lion City with four successive birdies starting from the par-five 13.

Ko then parred the par-three 17 before another birdie at the last sealed her victory.

"I did not feel comfortable with my swing in the front-nine. But I expected the back-nine to be better. I was really pleased I managed to regain my swing and it felt pretty good as I got a lot of birdies there," said Ko.

Despite her valiant attempt to clinch a seventh LPGA title at the Tanjong course not working out, Lee was pleased with her performance at her first tournament for the season, which also welcomed the return of fans.

"It's my first week back, so I'm knocking a little bit of the rust off. But it's nice to have a really low one out there," said Lee.

"I think everybody's (the fans) itching to get out. It's nice to have that human touch, especially with us being professional athletes."