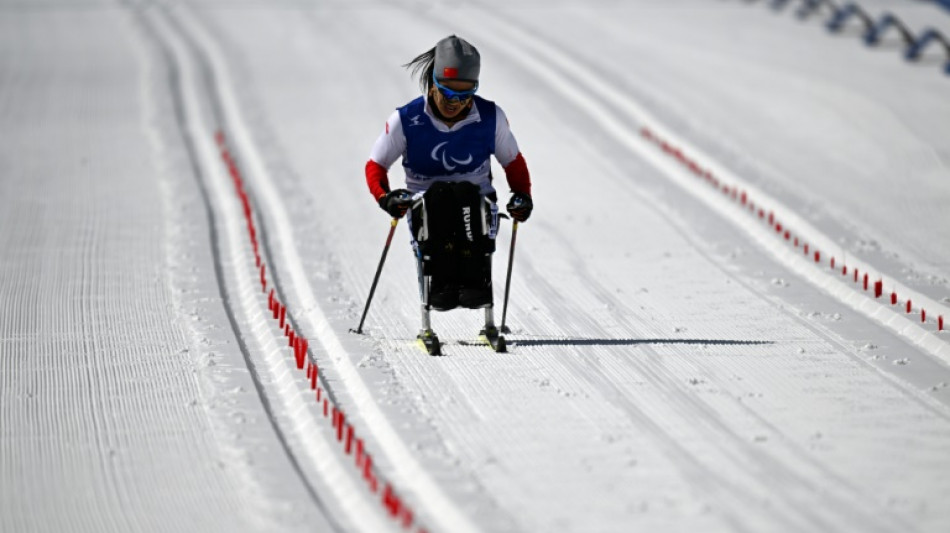 The host nation now top the medal tally with a haul of 16, taking the mantle from Ukraine, whose athletes netted seven medals including three gold in Saturday's biathlon events.

Local crowds roared with excitement as Zhang Mengqiu, 19, won China's first ever gold medal in para-alpine skiing in the Super G standing event Sunday -- day earlier she was on the podium with a silver in the women's downhill event.

While over at Zhangjiakou Zheng Peng 29, and Yang Hongqiong, 32, cleaned up in the men's and women's long distance cross country sitting categories.

"I actually felt worn out in the second half of the race, but then I heard them cheering for me. With that in the background, the more I skied, the more powerful I felt," Yang said.

At the para-snowboarding qualifiers, Chinese athletes claimed the top four times in the men's SB-UL category for competitors with upper limb impairments.

"Today, I challenged myself and made breakthroughs," he said.

Winter sports are still in their infancy in China but are growing in popularity after the country built 650 skating rinks and 800 ski resorts in recent years.

China made their Winter Paralympic debut at the Salt Lake City 2002 Games but only won their first medal in 2018 in PyeongChang -- claiming gold in wheelchair curling.

Being on home ground is however not helping China's wheelchair curling team defend their title.

On Sunday they lost their second successive match -- going down 5-1 to Sweden after a 7-3 defeat to Canada the previous day.

Coach Yue Qingshuang said they were feeling the burden of high expectations on home ice.

"It's probably got to do with the fact that we're on home ground," she said.

"There's more pressure and everyone wants to do well too much."

The team are hoping for better fortunes in their Sunday evening match against Estonia.