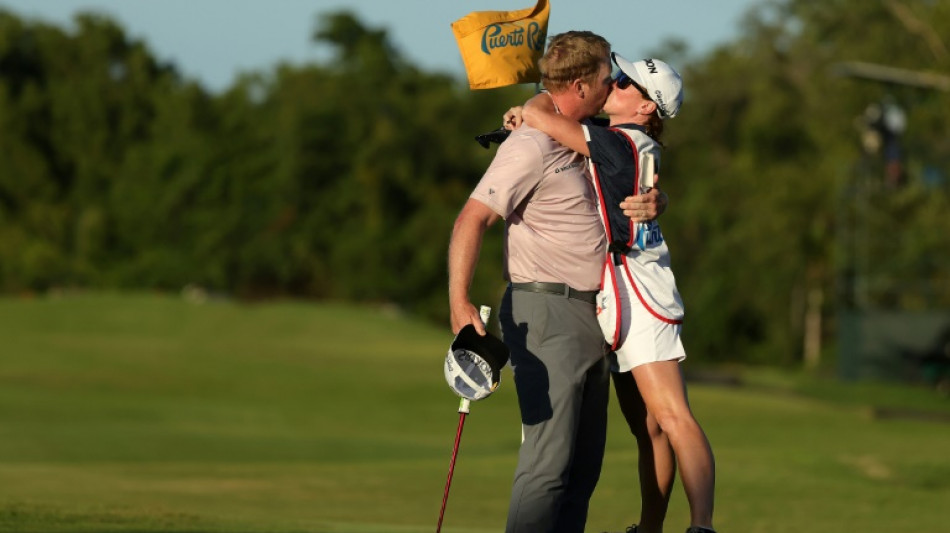 Ryan Brehm, his US PGA Tour playing privileges on the line, captured his first tour title in impressive style on Sunday, winning the Puerto Rico Open by six shots.

Brehm defied gusting winds and sometimes driving rain to fire a bogey-free five-under par 67 for a 20-under total of 268 at Rio Grande.

American Max McGreevy was second after a 69 for 274.

"I don't know what to say," said Brehm, a 35-year-old ranked 773rd in the world, whose previous best finish on the US tour was a tie for 11th at Rio Grande last year.

Brehm started the day with a three-shot lead and built on it early with birdies at the first and fifth. He strung together three straight birdies from the ninth through the 11th and held steady the rest of the way.

Brehm, whose wife, Chelsey, caddied for him this week, was playing his last event on a major medical exemption. He secured his PGA Tour card through the 2023-24 season and booked a berth in next weeks' Players Championship as well as the PGA Championship at Southern Hills in May.

But Brehm, who made just one bogey all week, insisted he didn't feel pressure, saying he had been expecting to be headed back to the developmental Korn Ferry tour after teeing it up in the event played opposite the Arnold Palmer Invitational at Bay Hill.

Instead, he'll be headed to Ponte Vedra Beach, Florida, to take on the US PGA Tour's top players in the Players Championship.

"I had everything to win and nothing to lose," said Brehm. "I'm going to enjoy it tonight and, I don't know, just go out next week and see if we can do it all over again."