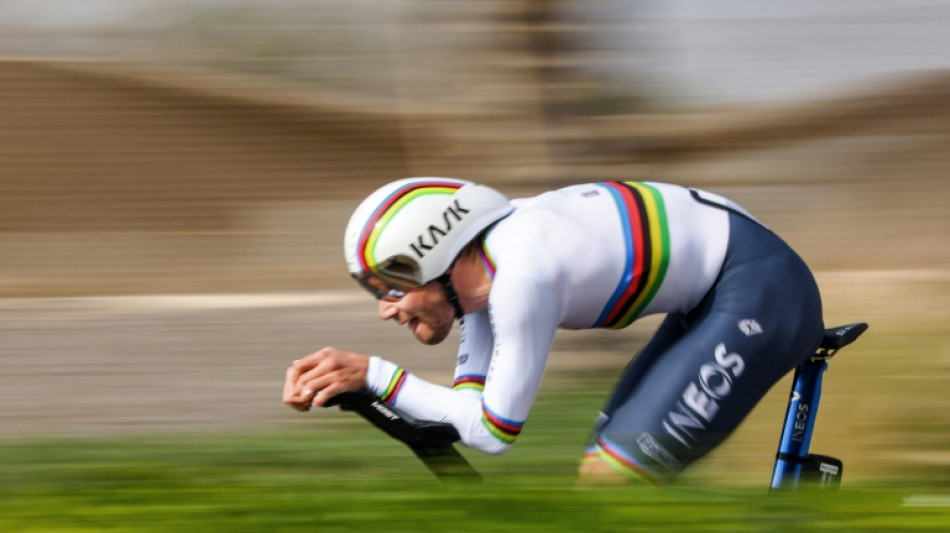 Filippo Ganna gave the home crowd something to cheer at the opening stage of the Tirreno-Adriatico after charging to individual time-trial victory on Monday.

The Italian claimed victory on a gloriously sunny day on the Tuscan coast by finishing 11 seconds ahead of race debutant Remco Evenepoel, who will be one of the riders to watch over the seven-day race.

"Today it was special race. I have pushed a lot for the team to come here because I love this race, and today I showed how much I want to win this race," said Ganna.

"At the moment it's a good time gap but tomorrow is a hard day with a sprint and we'll see how it concerns the jersey.

"We need to save a little energy because in less than two weeks we have a special race in Italy (Milan-San Remo) and I want to arrive with good legs."

Tadej Pogacar is the hottest property in cycling and put in a stunning performance to take third place, 18sec behind Ganna, despite winning the Strade Bianche on Saturday after going it alone with 50km remaining.

The Tour de France champion looks a good bet to defend his Tirreno-Adriatico title after already earning two major wins this season with Saturday's incredible triumph and victory at the UAE Tour.

World champion Julian Alaphilippe, competing after a dramatic crash on Saturday, finished just under a minute off the pace.

On Tuesday the peloton takes on a 219km run between Camaiore and Sovicille, a mixed-terrain stage with a flat finish ideal for sprinters.