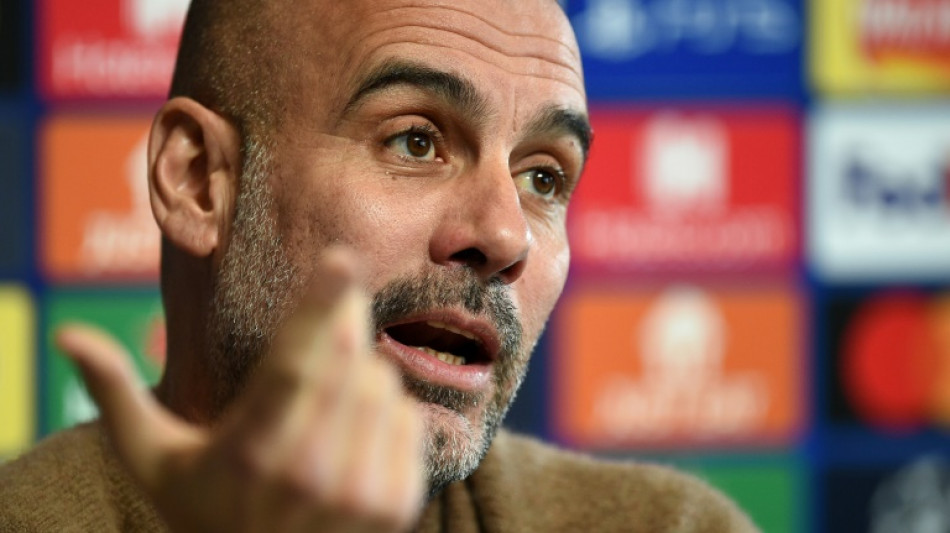 Pep Guardiola says Manchester City face a defensive crisis ahead of the second leg of their Champions League tie against Sporting Lisbon on Wednesday as his men prepare to defend a 5-0 lead.

Defender Kyle Walker is suspended as he serves a three-game and Joao Cancelo is out ill, while Nathan Ake and Ruben Dias remain on the injury list.

"We have just 14 players available," Guardiola said at his pre-match press conference on Tuesday. "We have problems with a suspension for Kyle and Joao is sick and cannot play."

He added: "We have just three defenders... so we have to adapt with the second team. We will see what we are going to do."

Guardiola, whose team lost to Chelsea in the Champions League final last season, said the tie was not over despite City's comfortable lead.

"Football is unpredictable in many cases -- can be red cards, can be distractions or the qualities of the opponent and that's why we will take a top side as much as possible," he said.

England international Walker is serving the second match of a three-game ban for his sending-off in City's final group match against RB Leipzig and Guardiola admitted the dismissal was still a sore point.

The City boss said: "He deserved it, Kyle Walker deserved the three... I'm not so kind to Kyle in this kind of action. I still am so angry with him, so angry."

He added: "The club appealed, I do not agree... Hopefully he will learn for the future."

Guardiola said he would have no concerns about playing Oleksandr Zinchenko if he were needed, even though the Ukraine international has been badly affected by Russia's invasion of his country.

"He is ready," said the City boss. "Of course it is not an easy period for him, absolutely not, but I think he will be ready just in case he has to play."

"It is hard to see your team-mate suffer," he said. "We try to give him strength but we know in these times it is difficult."