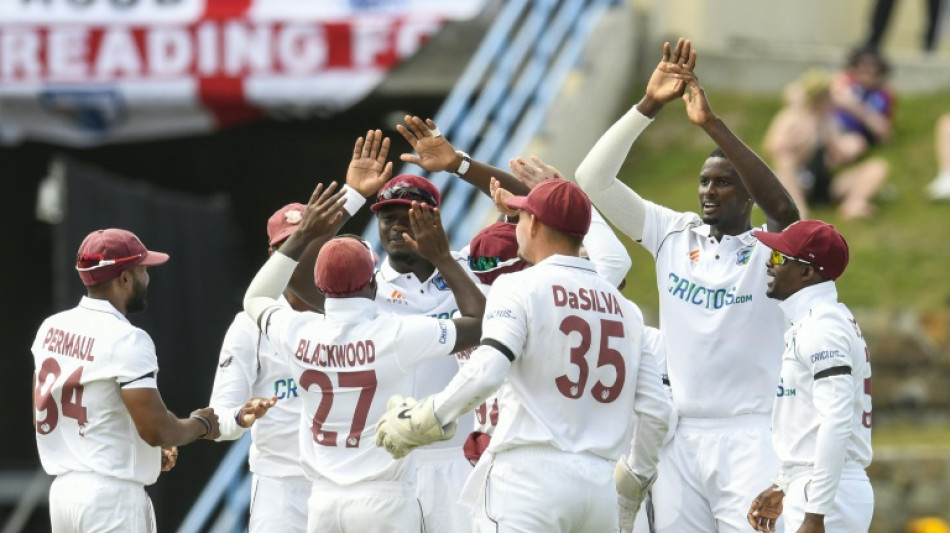 England’s fragile top-order batting was again exposed as the West Indies pacers reduced the visitors to 57 for four at lunch on the opening day of the first Test of the three-match series at the Sir Vivian Richards Stadium in Antigua on Tuesday.

Having opted to bat first on winning the toss, England captain Joe Root was left to rue that decision, at least at the interval, as he was the second wicket for Kemar Roach.

Fellow opening bowler Jayden Seales and former captain Jason Holder claimed a wicket each to leave Ben Stokes and Jonny Bairstow with the considerable task of repairing the early damage when play resumes in the afternoon session.

Root was the third wicket to fall after Roach had removed debutant opener Alex Lees via a leg-before decision in just the third over of the match.

Seales then accounted for the other opening batsman, Zak Crawley, in the next over via an outstanding diving catch by Joshua da Silva as the wicketkeeper reacted with supreme athleticism to a sharp inside-edge from an attempted forcing off-side shot.

England appeared to finally have a bit of fortune going their way when Root was missed by Jermaine Blackwood at third slip off Roach, the ball racing to the third man boundary.

But off the very next delivery the skipper and premier batsman opted to offer no shot and the ball angled into the right-hander moved in just enough to clip the top of the off-stump.

With Root gone for 13 and the tourists tottering at 27 for three, Ben Stokes joined Dan Lawrence and the pair appeared to be coping well enough to at least survive to lunch.

However Holder, who bowled five consecutive maiden overs in the morning, drew Lawrence into a forward prod for Blackwood to make amends in the slips and send the batsman back for 20.

On a pitch expected to offer assistance to the slow bowlers as the match wears on, West Indies opted to go into the match with left-arm spinner Veerasammy Permaul, who is playing his first home test for seven years in support of the four-man seam attack.

It is a combination showing six changes from the final match of their abysmal Ashes series in Australia which ended with a final abject capitulation under lights in Hobart less than two months ago.