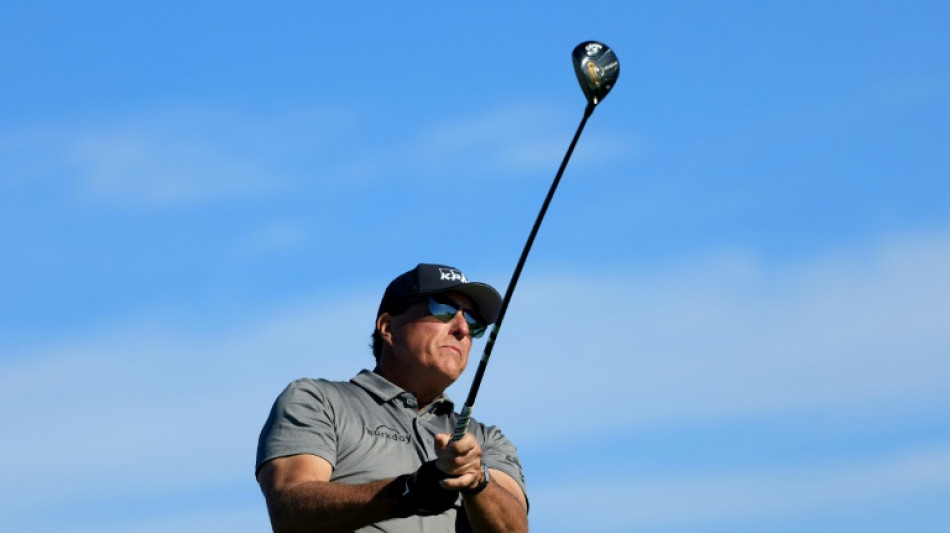 PGA Tour commissioner Jay Monahan said Tuesday he plans to speak to Phil Mickelson to address his criticism of the tour before the six-time major champion decides to return to playing.

Mickelson said last month he is taking time away from golf after sparking uproar with explosive comments about the US PGA Tour and the Saudi backers of a proposed rival tour.

The 51-year-old former world number one said he was willing to support the new Saudi-backed venture despite concerns over the kingdom's human rights record, which he described as "horrible".

Mickelson, who said supporting the Saudi-supported tour was an opportunity to force the PGA Tour to reform, later apologised for his remarks, which he said were off-the-record.

Speaking on Tuesday ahead of The Players Championship in Ponte Vedra Beach, Florida, Monahan told reporters he had not spoken to Mickelson since the publication of his comments.

But he said he plans to speak to Mickelson before he returns to address his grievances with the PGA Tour.

"I think that as it relates to Phil, you said it; the ball is in his court," Monahan said.

"He has said that he's stepping away and he wants time for reflection. That's something that I and we are going to respect and honor.

"When he's ready to come back to the PGA Tour, we're going to have that conversation. That's a conversation I look forward to.

"I would welcome a phone call from him ... as difficult as it is to read some of the things that were said, ultimately a conversation will be had when he's ready to have it, and I will be ready to have it."

Monahan would not comment when asked to clarify if Mickelson had been suspended or would have been suspended had he not opted to take a break from the sport.

"He stepped away on his own accord, and he's asked for time," Monahan said. "He's been given that time.

"We don't comment on disciplinary matters, potential matters or actual matters. But every player is accountable for their actions out here."

However Monahan did push back at Mickelson's criticism that the PGA Tour was driven by "obnoxious greed", and charges by Greg Norman that PGA Tour players had been bullied.

"I think people know me and they know how I play and how we operate and the values that we stand for, and I don't think there's any question that that's not how I operate," Monahan said.

"I haven't had a lot of people ask me about it because people know me. I'm right here."

Monahan meanwhile was bullish about the long-term propsects for the PGA Tour in the face of threats by upstart tours.

"The PGA Tour is moving on," Monahan said. "We have too much momentum and too much to accomplish to be consistently distracted by rumors of other golf leagues and their attempts to disrupt our players, our partners and most importantly our fans from enjoying the tour and the game we all love so much.

"So long as we focus on the things that we control, I think we're going to win, we're going to grow, and I'm not looking over my shoulder, I'm looking forward."