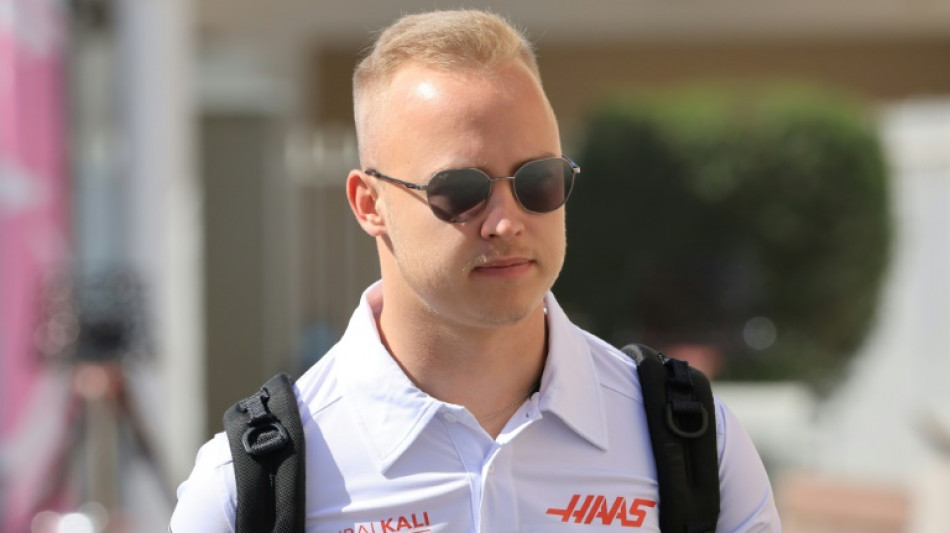 Russian driver Nikita Mazepin, sacked by Formula One outfit Haas, is creating a foundation to help sportspeople who have found themselves barred from competing due to "political reasons out of their control".

Mazepin and Haas's Russian title sponsor Uralkali had their contracts terminated last Saturday as a result of Russia's invasion of Ukraine.

Mazepin's father Dmitry is a non-executive director of Uralkali, a group specialising in potash.

Nikita Mazepin, 23, said the funds for the 'We compete as one' foundation would come from the money that Uralkali would have paid Haas.

He said their treatment by American team Haas was not "fair" and that he had been willing to abide by motorsport governing body the FIA's ruling to compete as a neutral athlete.

Mazepin and a whole host of his compatriots have been cast out into the sporting wilderness, including the Paralympians who had been due to compete as neutrals in the Beijing Winter Paralympics.

"Today I'm announcing the creation of a foundation that will be devoted to helping athletes who, for political reasons out of their control, lose their ability to compete at the highest level," he said.

"It will be funded by Uralkali, using the money that had been intended for Formula 1 sponsorship this season."

Mazepin -- who failed to register a point in his maiden season in Formula One last year -- said it would not just be reserved for Russian and Belarusian athletes.

Kremlin ally Belarus has been used as a key launchpad for Moscow's offensive and sports federations have also stepped up measures against the country.

"The foundation will allocate resources both financial and non-financial to those athletes who have spent their lives preparing for Olympics or Paralympics, or other top events, only to find that they were forbidden from competing and collectively punished just because of the passport they held," Mazepin said.

"This will include athletes from all conflict zones and our door is open to everybody. We will begin with the Paralympic team in Russia, which was banned from the Games in Beijing."

The sacking of Mazepin and the tearing up of Uralkali's contract followed hot on the heels of Formula One declaring the Russian Grand Prix had been removed from the calendar permanently.

The Black Sea resort of Sochi which hosted the inaugural race in 2014 had been due to hold the Grand Prix for the final time this year before it moved to Saint Petersburg in 2023.